Skins and Suedes: An Era Defined

The idea for the book came from Paul Weller 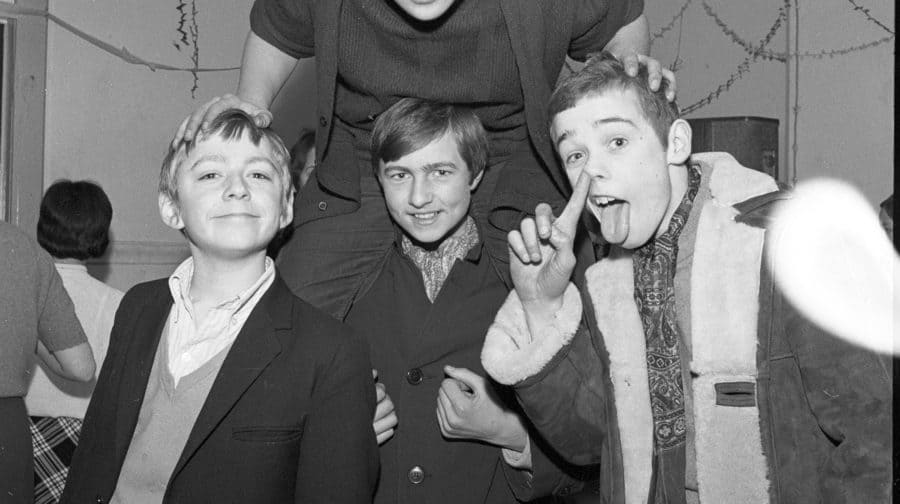 Fifty one years ago, at the height of the Skinhead era, Tony Othen, a young photographer threw himself into the lion’s cage of Lady Gomm Club, the go-to place for all the teenagers off Bermondsey’s Silwood Estate. Like an anthropologist he immersed himself with the natives until he felt it was safe enough to take a few pictures. Those photos he took were soon forgotten. For the young people it was just another night in their club. Many years later, to celebrate the charity’s 75th anniversary, Bede, who ran the club, had a photographic exhibition of the good work they had done in Bermondsey. In that event they exhibited Tony Othen’s photos that were found in a box in a corner of a spare room in Bede House and asked if anyone could put names to the faces. I could. And did, and some of those photos have now been included in one of the best books to define that special time, writes Michael Holland. 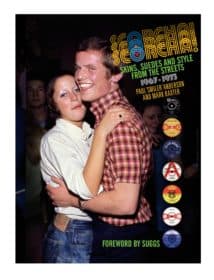 All of us, of any generation, remember fondly the days of our youth when it was important to have the right clothes, the right hair and listen to the right music. Those times will forever be our ‘good old days’, so when a book comes out that encapsulates that defining era and everything we craved and enjoyed when we were having the time of our lives, you know you have to get a copy. That book is Scorcha! Skins, Suedes and Style from the Streets 1967-1973, and it’s coming out soon.

The book is co-written by DJ and promoter Paul ‘Smiler’ Anderson, who has written several books on Mods, and Camberwell author and film-maker, Mark Baxter. The Scorcha in the title comes from  an Errol Dunkley tune from 1968, and the idea for the book came from Paul Weller who, explains Smiler, ‘loved my book on Mods’.

Paul, a West Ham fan, set out alone to research the music and fashions from 1967-1973 but, he explains, ‘having a full time job, a family, DJing and producing my radio show (on Totally Wired Radio) I asked Mark to get involved with some research, some of the interviews and getting more pictures.’

Mark, a Millwall supporter, says he was ‘delighted’ to help out: ‘I conducted extra interviews, sourced photos, cuttings and clippings and undertook research on the subject of skinheads and suedeheads, which all supplemented the work that Smiler had done… I filled in any gaps as and when needed, so I’d say it is 70% Smiler and 30% me.’

I wondered if any football rivalry crept in: ‘We decided to reach out across the Thames and shake hands for the betterment of the book!’ jokes Mr Baxter before praising his co-author: ‘If you want an authority on the Mod culture, Smiler is your man. He has been on the Mod scene since the early 80s and knows the history of the whole movement, and those who were there at the beginning are personal friends.’ He stopped to wipe away a smear that was spoiling the shine on his loafers before continuing. ‘He also has a wonderful record and clothes collection.’

I asked Mark how and where the research was carried out: ‘Looking through old newspapers in the British Library, delving into photo libraries, trawling through the internet, and finding people who were ‘there’ in the late 1960s and talking to them, plus, asking if they had any photos of those times… We were trying to find those “unseen” or at least “rarely seen” images that give any photo book that added value.’ 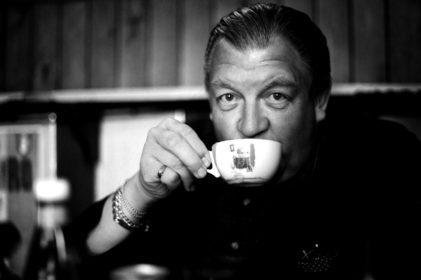 But was it easy to get those special images? ‘The images we eventually found were key to the book getting a deal,’ begins the writer. ‘Through our research we found some marvellous photos and they tipped the balance in us getting the green light to write the book.’

The authors believe that their book may confuse some people. For those that wasn’t there, or not a part of the movement, the word Skinhead has connotations far removed from the early days when it was a simple, affordable, working-class fashion connected to West Indian music and the Rude Boy style. Skinheads became synonymous with racist violence, and the ‘look’ was commandeered by Far-Right groups. Mark Baxter emphasises that the book ‘presents the original skinheads of 1968/69 in a fairer, possibly new way.’ The focus will be on, he says, the ‘black and white crossover going on in the clubs, with your white working-class youth, wanting to look black.’

There was an important point being made here and I could sense there was more. ‘The next generation of skinheads from the late 70s, early 80s were more ‘bonehead’ in nature and more racist, and they give the whole look/genre a bad name. ..We hope to redress the balance somewhat for the original ones, and I think our book might surprise one or two people, who, shall we say, have a perceived idea of those times.’

Was you surprised? ‘I lived on an estate in Peckham during the years we were writing about in the book, and on there you had all nationalities and colours, rubbing along okay.’

Along with the book there is an accompanying vinyl album of which they shared the selection. Says Mark, ‘I picked mine from speaking to some of the guys and girls in the book and getting a tune off of them. Plus, I also put one or two of my own faves in there.’

Scorcha! Skins, Suedes and Style from the Streets 1967-1973 is out on September 9th with a foreword by Suggs in all good bookshops and online, and covers topics from fashion and football, music and culture, drawing on first hand accounts from the original skin-suede generation and later adopters, including Paul Weller and Norman Jay MBE. Packed with iconic images this is the definitive visual history of a special era.

This looks to be an amazing book charting the era, style and music.
It’s a partially forgotten short lived era which has had a massive influence on most of us without us realising.

Southwark tennis: you now have to pay to use all public courts