Someone appeared to have taken a sledgehammer to the sculpture, which was made by the local community 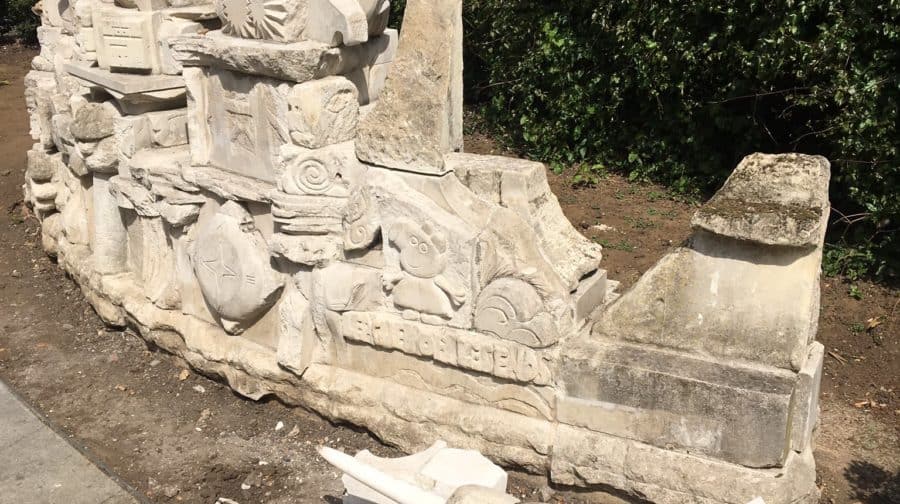 A Bermondsey sculpture that was created by the local community was vandalised earlier this month.

Someone appeared to have taken a sledgehammer to the right hand side of the Cornerstone in Tanner Street Park, which was only put up late last year, overnight on May 2.

Artist Austin Emery, who used to live in Bermondsey, and Lib Dem Cllr Damian O’Brien, who represents the area on Southwark Council, were among the people who arranged for the pieces that were knocked up to be carefully cleared up and reattached to the whole.

The Cornerstone uses more than 100 stone carvings created by residents and locals on the nearby Whites Grounds Estate. 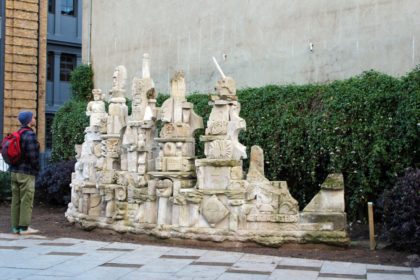 Emery said last year: “I love the idea of people who would not otherwise normally do this, coming together and getting the chance to pick up a chisel and mallet to carve something of themselves into the stone, and for their carving to become a permanent part of the fabric and landscape of London, which will outlive all of us,” he said.

“This feeling of connection to the material of our place is something that stonemasons and carvers have always enjoyed.”

More than 200 residents, groups, and businesses crowdfunded the cost of the project, including the Mayor’s Office, which contributed £50,000 and Southwark Council.