Slippers Place: new ‘infill’ council homes to be given green light despite objections

Some Slippers Place residents have objected to the possible loss of light, overshadowing, noise and dust from the new building 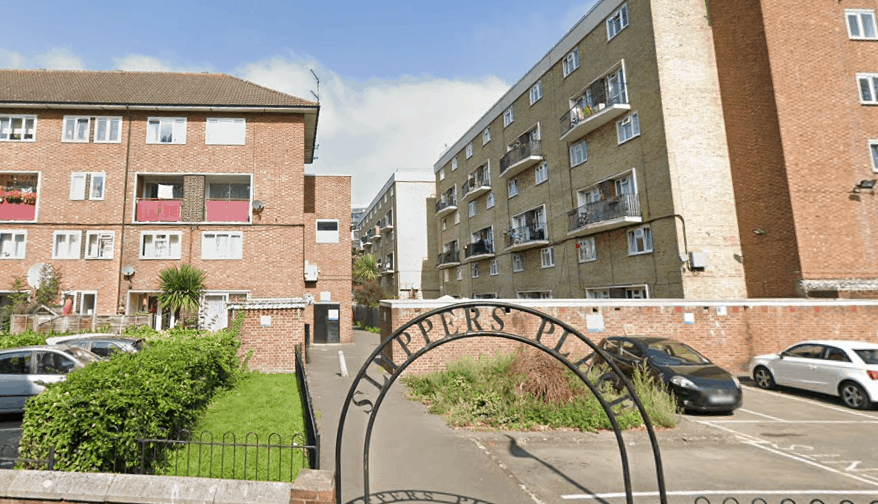 Planning permission is set to be given for a controversial ‘infill’ development of eighteen new council homes in Bermondsey.

The eight-storey block, planned for the site of a car park Matson House on the Slippers Place Estate on Southwark Park Road, is likely to be given the green light at a planning meeting on Wednesday (October 20) after Southwark Council planners recommended permission be granted.

Planners said: “The proposal would also make an efficient use of land to provide residential dwellings which would be consistent with the established residential land use of the Slippers Place Estate and the wider surrounding area.”

Some current residents of the estate are against the plans, as we have previously reported, saying they are worried about a loss of light because of potential overshadowing.

The new building would be two storeys higher than Matson House and three storeys above Hickling House, another nearby block. Planners said ” the additional height would sit comfortably in this location”. They added that “the proposed development would not adversely impact on neighbouring occupiers” in terms of overshadowing.

The new development will also mean twelve parking spaces are lost. Car parks are not protected by Southwark planning policy. Planners said there should be enough room in nearby car parks to make up the shortfall. The proposals also include 35 bike parking spaces.

‘The dust could be so dangerous’: Bermondsey mother’s fears for daughter with severe breathing problems if nearby building goes ahead

If given final approval on Wednesday, building work is likely to begin next summer and last for a year until summer 2023.

The decision on the Matson House development was supposed to be made in September but was pushed back to give the planning team time to make a site visit.

The development is part of a wider Southwark programme to build council flats on spaces that the local authority considers under-used, to help tackle the huge housing need in the borough. Many proposed sites have been controversial, as current residents think they would lose open space.

This is disgusting the impact of loss of light to the gardens of residents is huge !! Once again southwark planning lie !!! What chance have residents got when the decision is made before they’ve even had a planning meeting it’s not fair . We need a public enquiry into how southwark planning conducts itself I’ve seen the problems this infill will cause first hand . The council don’t care about residents or what they stand to lose as long as their numbers add up !! We know we need new housing but not to the detriment of existing residents. Shame on you southwark council shame on you .

Southwark council don’t care about existing residents. The decision was never open for debate, was a fait a compli. All this for 18 new homes, a drop in the ocean that is the housing waiting list. This council continues to amaze me at how useless and underhanded they are. Should all resign