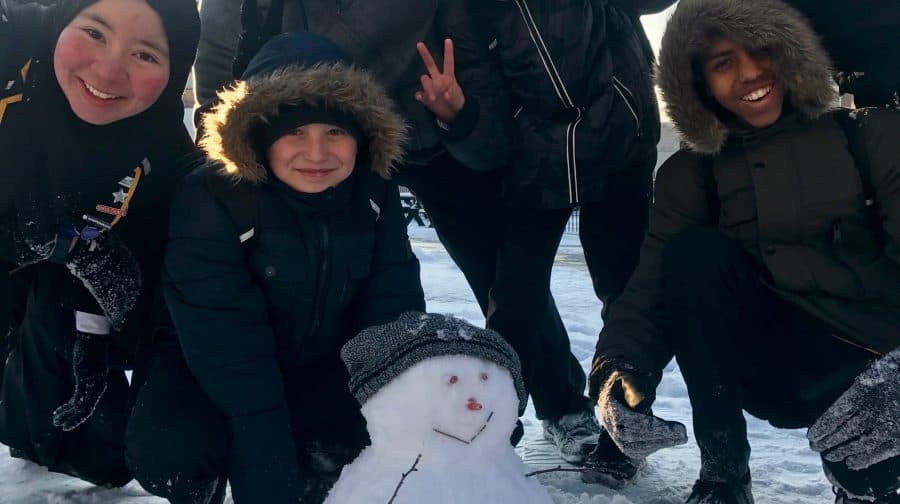 Southwark was transformed into a winter wonderland on Wednesday morning after waking up to a blanket of thick snow. Children at Ark Academy wasted no time in getting straight down to their most important work – building two snowmen and posing for some frosty photos. Ark Academy pupils with their snowman And a few brave souls even went for an arctic swim in Brockwell Lido.

The outdoor pool reported a water temperature of a very chilly 3.5 degrees Celsius. A bit of snow couldn’t keep Dr Rossdale from Guys and St Thomas’, who sent us this picture… …. but some residents said they had no i-deer how they were going to get to work, and decided on a snow day instead.