Southwark Council is carrying out renovations to the crematorium 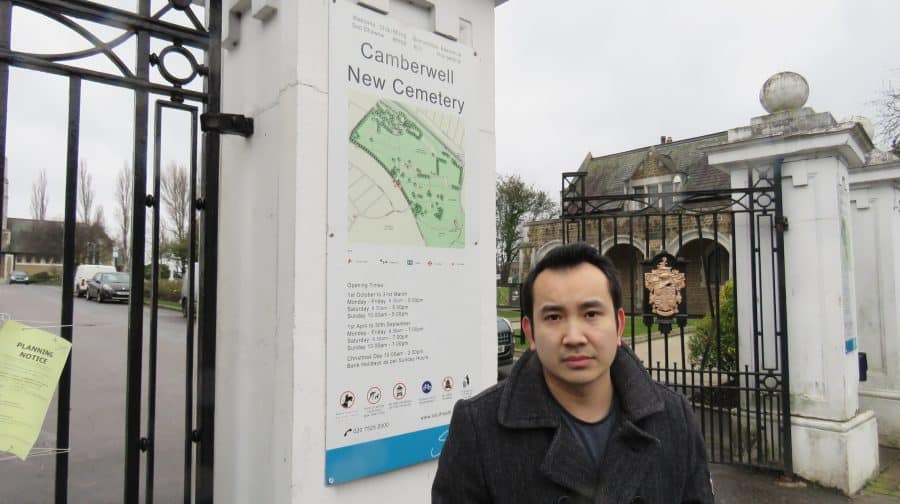 A bereft son was shocked to find out his mother’s ashes would be relocated from their resting place.

When Tim Ung’s mother passed away in 2008, he chose to have her ashes placed in Honor Oak Crematorium, in Camberwell New Cemetery.

Mr Ung purchased a 25-year lease for an ‘interior niche’, a walled container to hold his mother’s ashes.

The lease includes the option to renew at the end of its term, and makes no mention that Southwark Council can remove the ashes and change the memorial’s location.

But on February 8 Mr Ung received a letter saying that his mother’s ashes would be removed and access to the room disrupted for a fortnight as the council redevelops the building – with work starting just days later.

When Mr Ung, from Deptford, contacted the cemetery to refuse permission and complain that it seemed to be in breach of his lease and written at short notice, the council staff responded saying that the letter was an ‘advisory notice’, and the works would proceed as planned as the lease does not guarantee an exact location.

Mr Ung said: “The cemetery wants to turn the room into a waiting area and said there was a consultation with families but I had not hear about it until I received their letter out of the blue.

“I was shocked to receive the letter telling me about the building plans with such little notice.

“It is the same as if they just decided to move a coffin or gravestone. It’s not what you expect.

“It is very upsetting for my family – we chose a 25-year lease with the option to renew so that my mother could rest in peace.”

The married father-of-two visits the memorial room every other month to pay his respects.

The memorials will be moved to a smaller room, but details of what it will be like are still unclear and he claims they were only shared on request after his official complaint.

“I only saw what the plans for the new room were like after I asked them, and pressed for the information,” he said last week, “At no point has anyone apologised to me for the way this has been handled.”

Mr Ung was present when his mother’s ashes were removed from the units, when work started on Friday, February 16, and has chosen to keep them at his home while building work took place.

In a copy of the signed lease seen by the News, there is no mention that location of the memorial can be moved by the council. In a letter dated February 8, the council said the Book of Remembrance Room would be turned into a waiting room area to accommodate people attending cremations.

The letter explains: “As part of the above works, your memorial will be moved from its current location and relocated to a new nearby remembrance suite.”

Work is due to finish on March 4.

The letter goes on to apologise for inconvenience and assure families that the works will be conducted in a ‘professional and dignified manner’.

Cllr Ian Wingfield, Southwark Council’s Cabinet Member for Environment and the Public Realm, said: “I would like to apologise to Mr Ung for the upset that our renovations have caused him.

“However, he met with our cemeteries team on 15 February and collected his mother’s ashes, which he has taken to rest at home during the period of the works.

“These works respond directly to requests from families and visitors and include the refurbishment of the chapel, the floral tribute area, waiting facilities, washrooms and memorial visitation areas.

“We hope these renovations will create a more relaxed and respectful environment for the families and visitors we serve.”