Songs For A New World

Written by Tony Award-winning composer Jason Robert Brown and sitting between musical and song cycle, this moving collection of powerful songs examines life, love, and the choices that we make as it transports audiences through time and space. 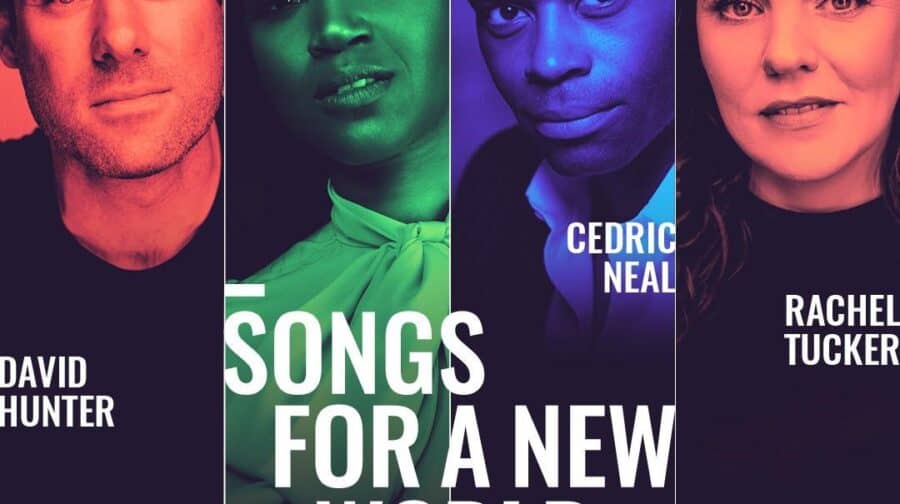 “It’s about one moment. It’s about hitting the wall and having to make a choice… or take a stand… or turn around and go back.”

Written by Tony Award-winning composer Jason Robert Brown and sitting between musical and song cycle, this moving collection of powerful songs examines life, love, and the choices that we make as it transports audiences through time and space.

Lambert Jackson Productions staged a virtual performance of Songs For a New World during lockdown, in association with The Other Palace, as part of a commitment to provide work paid work for performers during the pandemic. They also staged a successful virtual concert series – Leave a Light On, as well as several one-off concerts.

Jamie Lambert and Eliza Jackson said today, “It’s a total joy to announce a return to live performance with the first musical to return to the West End – Jason Robert Brown’sSongs for a New World for just two performances. To be able to share in the power of collective experience with these incredible performers and an audience together again for the first time in over six months reminds us why our industry is so vital.”

As The Vaudeville welcomes back its first audiences since closure, and in line with current Government guidance, this event will be hosted under social distancing, with venue-wide safety mitigations, including the wearing of face coverings. Full information about safety measures and requirements will be sent to ticket holders ahead of the event.

Jason Robert Brown is a three-time Tony Award winning composer and lyricist. His theatre credits include 13, The Bridges of Madison County, The Last Five Years – which was also adapted into a film in 2015 starring Anna Kendrick, Parade – which won a Tony Award for Best Score, Honeymoon in Vegas and Urban Cowboy – which he co-wrote with Jeff Blumenkrantz.

David Hunter plays Man 2. He appeared in Lambert Jackson’s Leave a Light On, and in concert with Lucie Jones during lockdown. His theatre credits include Waitress, Kinky Boots (Adelphi Theatre), Once (Phoenix Theatre), One Man, Two Guvnors (National Theatre, Adelphi Theatre and UK tour), Tommy (Prince Edward Theatre), Seussical (Arts Theatre), The Hired Man (Curve Leicester and Mercury Theatre Colchester) and Pub and Spinach (Royal Exchange Theatre). For television, he was a participant in ITV’sSuperstar – the search to find the lead for the revival of Jesus Christ Superstar. For film, he appeared in Nativity 3.

Southwark NewsNewsSongs For A New World