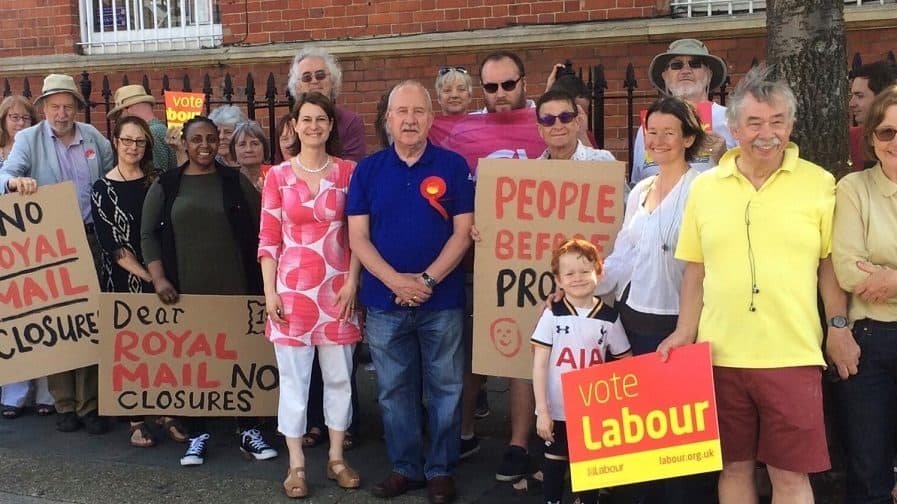 The Royal Mail sorting office at East Dulwich will move to Peckham next month, despite an outcry from residents.

The move to Highshore Road will go ahead on September 17 in what the Royal Mail says is an efficiency drive as the current Silvester Road site is not ‘fit for purpose’.

It claims the move will have ‘no impact on deliveries to our customers’ and ‘no job losses’ for the 36 workers based at the sorting office serving SE22.

It says Silvester Road is no longer big enough to handle the number of parcels it receives and lacks parking space for its vehicles – whereas at Peckham’s office there is ‘ample’ room.

A press release issued on August 20 confirmed: “This is part of Royal Mail’s ongoing transformation of its business to increase the efficiency of its operation as well as providing delivery offices which are fit for purpose for our people and for our customers.

“As a commercial business, Royal Mail is responding to the huge growth in electronic communications and decline in letter volumes, while seeing a high volume of parcels and online shopping which need to be delivered to customers.”

Writing in the News last week, Dulwich and West Norwood MP Helen Hayes said she was ‘extremely disappointed’ that the closure was going ahead despite her ‘vigorous campaign against it’ which saw her debate the trend for closing counters across the country in parliament last year. She said: “It is testament to an organisation which is quite clearly putting profit before the residents it serves that Royal Mail has not changed their plans for SE22.

“I am continuing to urge Royal Mail to put public service ahead of profit, provide a replacement collection facility in SE22, and to halt its programme of closures which are so damaging for communities and which have the biggest impact on the most vulnerable.”

At Christmas residents complained of queues up to two hours long and not enough staff manning its counters, and now fear collecting their parcels will be even more laborious.

But Royal Mail said no one will have to travel to Peckham if they are unable to make the journey.

A spokesperson told the News customers can nominating a neighbour, re-arrange free delivery at a convenient time, or arrange have their items sent to a different address in the same postcode area.