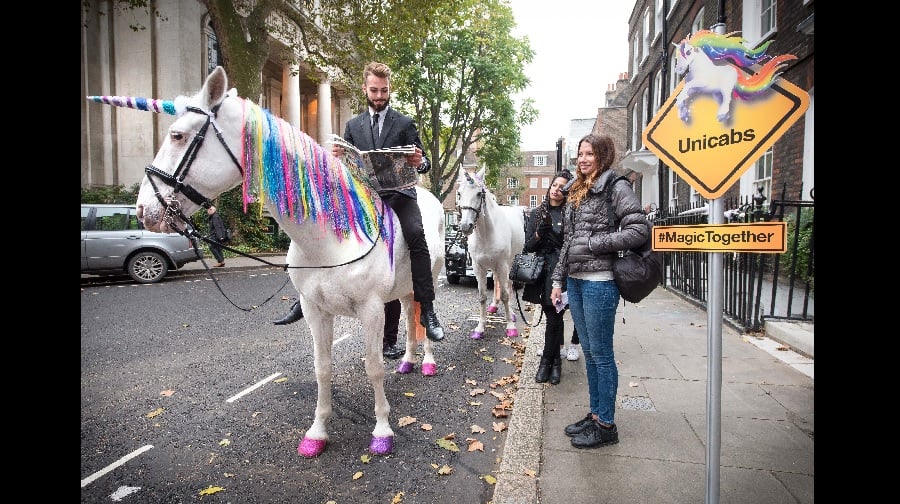 You may think the offer of a free cab is as likely as seeing a unicorn walk down the street – but hang around Southwark tube today and you may just see both become reality.

Unicorn cabs – Unicabs – will be helping commuters get to work for from the station on Thursday as part of mobile network Three and ZTE’s release of the new ZTE Blade V7 phone.

Up to four commuters are able to be drawn by the unicorns in white and rainbow carriages, in a bid to “cheer up down-in-the-dumps Londoners”.

Michelle Clarke, one commuter, said: “I usually get the tube to work but this morning I hopped on a unicorn parked outside my usual tube station, Bank – it was definitely an experience I won’t forget in a hurry, even if I did get a few strange looks from passers-by!”

Commuters can book a Unicab by tweeting @ThreeUK with the name of the station they’re at, with the hashtag #MagicTogether and their destination. Alternatively email unicabs@cowpr.com  to reserve your place.