The scheme aims to reduce car use and promote walking 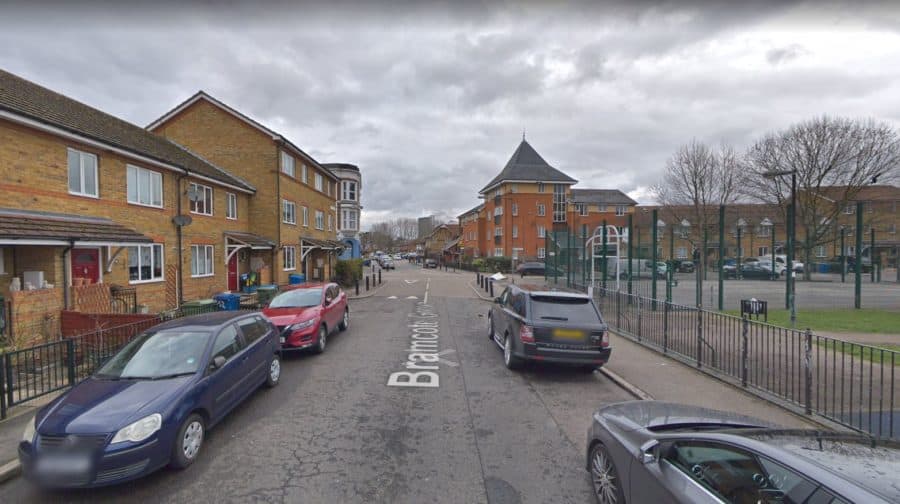 Roads would be closed to through-traffic under the project (Image: Google Maps)

The estates around Bramcote Grove in South Bermondsey is to get a makeover to reduce car use after a successful bid to Transport for London’s Liveable Neighbourhoods programme.

The project is one of eleven successful bids for the £53m pot, which aims to promote new cycling and walking infrastructure.

Part of the funding will go towards reducing car use on the Bonamy and Bramcote estates by closing roads to through-traffic, redesigning junctions and making streets easier to cross on foot.

It’s hoped that the changes will connect the area with the Old Kent Road and future CS4 cycle highway, as well as providing links to Lewisham.

Cllr Richard Livingstone, who holds the transport portfolio at Southwark Council, said he was “thrilled” to have received the funding to encourage more walking and cycling.

“Last weekend, residents around Bramcote Grove were telling me of their concerns regarding parking and traffic and I look forward to working together with TfL and all of the people who live around and pass through the Bonamy and Bramcote estates to transform the area into a safer, greener and healthier space,” he added.

Annoucning the successful bids, Mayor Sadiq Khan said: “For too long streets around London have been designed solely around cars and motor traffic.

“Working with these boroughs to make our streets more welcoming for walking and cycling is vital for our health and well-being, but also essential for the future vibrancy and success of London’s local high streets.”

Bromley, Camden, Croydon, Enfield, Hounslow, Lambeth, Newham, Tower Hamlets and Redbridge and the City of London have also been awarded funding for projects.

Go back to providing footpaths between streets, to schools, stations, shopping areas. We could walk to our daughters school in 5 minutes if there was a way through the fence at the back of our estate. Now we have 20 minute walk each way, so everyone drives.