Officers discovered and shut down two county lines operations, with the second discovered after an arrest on the Old Kent Road 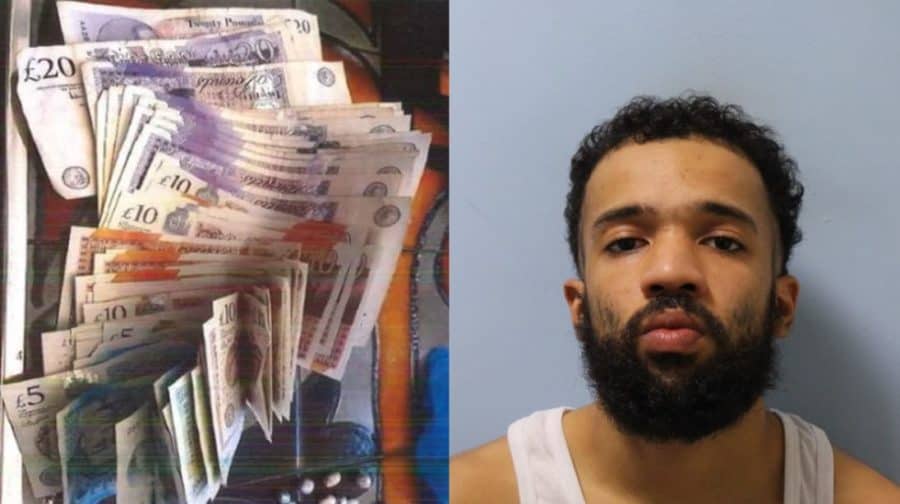 A man from south London has been sent to prison for eight years and seven months for getting children to sell drugs in Sussex, in a complex operation with links to Southwark and Lambeth.

Stephens was found guilty in May of two counts of arranging and facilitating the movement of people, and pleaded guilty in September 2020 to two counts of conspiracy to supply Class A drugs. He was sentenced on Thursday (November 11) at Inner London Crown Court.

He also pleaded guilty to dangerous driving and possession of a Class B drug (cannabis) with intent to supply last month, for which he was sentenced at the same time.

The court heard that he got unsuspecting women to book and pay for accommodation in Hastings and made two vulnerable teenage boys living in a care home travel from Manchester to sell drugs.

Police identified Stephens in March 2020 as the holder of the ‘P line’ drug operation. He was first arrested in March 2020, as police aimed first to protect the boys and get them out of the situation.

Officers continued to build a case against Stephens and he admitted to dealing drugs from April 2019. The court heard that 1.45kg of drugs had been sold between November 2019 and the end of March 2020 – generating a lot of cash for Stephens.

When he was out of the country his 19-year-old stepbrother Amun’Ra Teko, from the Loughborough Estate near Camberwell, and half-brother Shaquille Boreland, 26, of no fixed address, ran the line for him.

Officers then discovered another drugs line, the ‘JB line’ after an arrest on the Old Kent Road. Boreland and another man, Tai Diedrick, 23, were stopped in a BMW in May 2020 and found to be hiding MDMA and cocaine hydrochloride in an air vent. Diedrick was found to have a phone running the ‘JB line’. 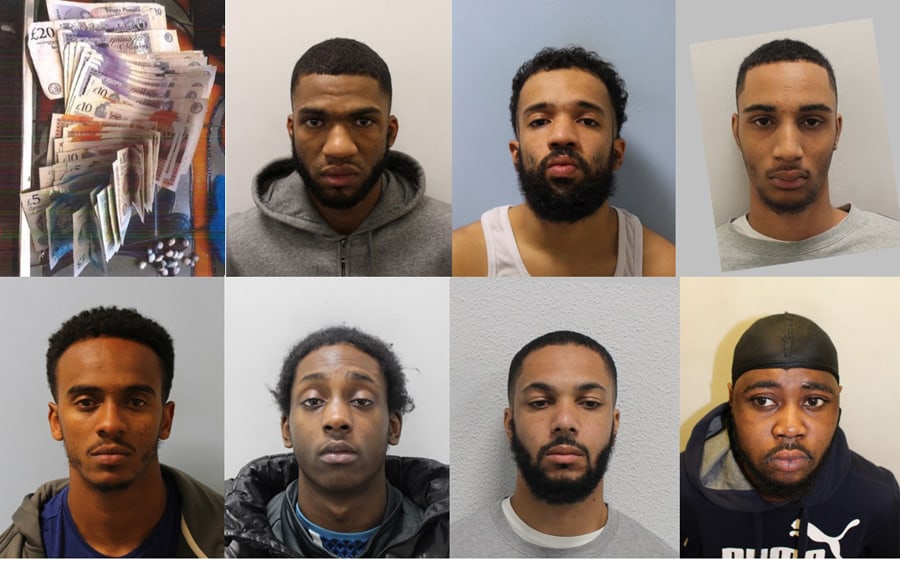 Police joined the dots between the ‘P line’ they originally found and the ‘JB line’ – running drugs from London to Kent – and six people were eventually convicted.

Diedrick, along with his associates Trey Foster, 27, of Myatts Field South, Lambeth, and Romario Genus, 19,  of Paxton Grove, Croydon, pleaded guilty at separate hearings to conspiracy to supply Class A drugs. Diedrick also pleaded guilty to possession of criminal property.

Jamie Danquah, 23, of Strathmore Road, Croydon pleaded guilty in May 2021 to possession of criminal property and possession with intent to supply Class B drugs.

Detective Sergeant Ray Sekalongo, who was the investigating officer for the ‘P’ and ‘JB’ line cases, said: “Our investigation started with Stephens, but long hours carrying out numerous enquiries and some good detective work led to seven people being convicted and two county lines being closed.

“However, most importantly our investigation led to two young, vulnerable boys being freed from Stephens’ grasp and safeguarded. People like Stephens do not care about the children or vulnerable people they exploit for their own financial gain. They are used as human shields to protect people like Stephens. Well, people like Stephens can no longer hide behind vulnerable adults and children because we are able to pursue those involved with exploiting people for drug supply, irrespective of whether a victim assists the police or not.

“Drugs cause misery for communities and devastate lives, which is why the Met will continue to robustly target line-holders such as Stephens and Diedrick. However, we cannot tackle the problem alone, which is why I would urge you share any information you have regarding drug dealing, exploitation, or violent crime in your area. We all have a responsibility to make London a safe place for everyone.

“We believe this is only the second time a jury has convicted someone of modern slavery offences in relation to county lines under the Modern Slavery Act 2015. I would like to use this opportunity to remind people of the signs to look out for that might indicate a child is involved in county lines, including them repeatedly going missing, suddenly having lots of money or new items such as fancy trainers, having two phones and being secretive about who they speak to.”