Local takeaways vying to be crowned best in south London

Three locals are through to finals of south London division 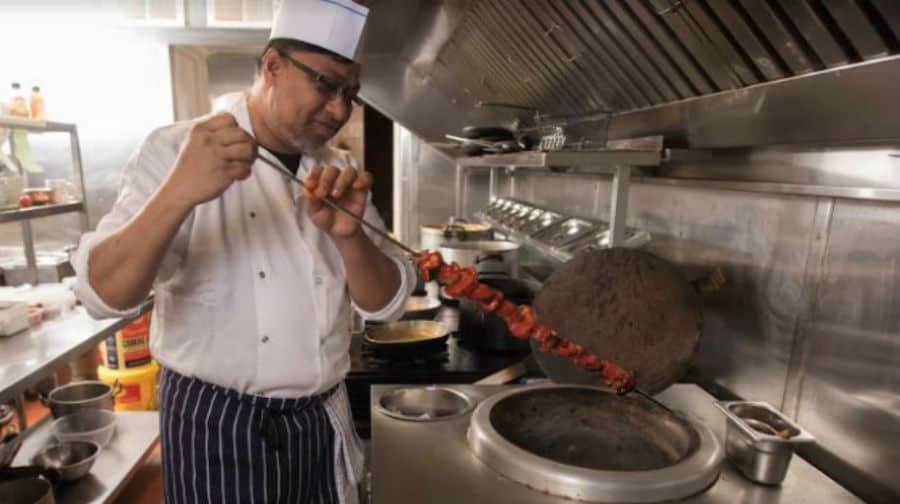 Kitchen at the Jaflong

The odds are on for a Southwark victory at the 2016 British Takeaway Awards (BTAs), with three of the five finalists in the South London category coming from the borough, writes Kirsty Purnell…

Village Tandoori and Jaflong, both of East Dulwich and Poppy Hana of Bermondsey make up the Eastern-themed local shortlist in the annual Just Eat awards. The out-of-borough contenders for the South London title are Leone’s in New Eltham and 2015 winners Eastern Cuisine in Gipsy Hill.

The finalists will discover who has been crowned South London’s takeaway king at a star-studded bash at the Savoy on December 5. The event will be hosted by comedian Rob Bryden, with celebrity chef Ainsley Harriet and Dragon’s Den’s Sarah Willingham heading the judging panel.

The winning restaurant from each of the thirteen UK regions will go forward for the ultimate honour of Best British Takeaway, which will earn the winner £5,000. Regional victors get £1,000.

Nomah Miah, manager of Village Tandoori, isn’t a stranger to the glitzy final. “I’m not that nervous about the night because we made the final last year,” he said, “I’m very excited.”

The Village cooks up traditional Indian cuisine with modern twists.  Noman states that the restaurant’s secret weapon is its close attention to customer satisfaction.

“We treat customers with the same respect as we would a guest in our home,” he said.

Indian and Bangladeshi cuisine specialists Jaflong are also clocking up their second visit to the Just Eat finals. “We were there last year,” said manager Solaiman Ali. “We thought we were the winner. There was just one problem – we weren’t!”

Solaiman said that he called on his satisfied customer base to get his restaurant onto the shortlist for the second time, with all finalists earning their place via a public poll which received over 110,000 votes.

Bermondsey’s Poppy Hana are “thrilled” with their shortlist place at the finals.

“We are thrilled to get to the final of the British Takeaway Awards,” said owner Nadaraj Sivashanker, “Particularly since it’s a public vote – it reassures us that we are doing a good job.”

Finalists are judged on a mystery shopping experience and a submission on why they think they should win.