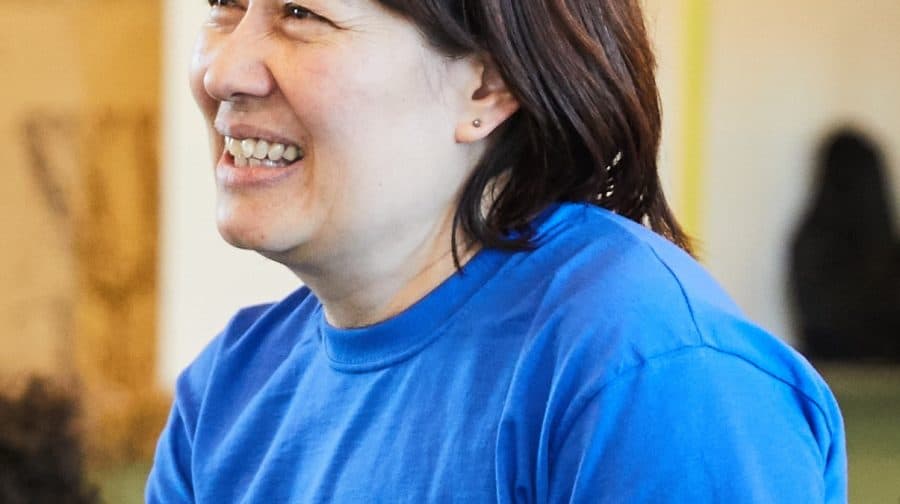 A Southwark single mum will have part of the Tate Modern renamed after her today in recognition of her good deeds in the community.

Natalie Bell, head of youth and community programmes at Coin Street Community Builders, will have the art gallery’s former Boiler House named after her as part of an art project by Tania Bruguera.

The project, the fourth-annual Hyundai Commission, focuses on neighbourliness – and Natalie was chosen by a group of local neighbours to receive the recognition because of her volunteering work.

Natalie said: “I am quite overwhelmed by having such a famous building named after me.

“I get a real buzz working with individuals and groups in the community, seeing them develop, grow in confidence, become more resilient and enjoying themselves.

It’s not work for me, it’s my life. I love what I do and I love this neighbourhood, it’s been my home for many years, it’s where I brought up my children and where I belong.

The volunteer added: “To be recognised in this way is extraordinary and I feel very proud.”

The local resident’s community work began out of frustration at the lack of services provided for families.

She set up volunteering group FamilyLinks in 2001 to address the problem – before becoming landing her “dream job” with Coin Street Community builders.

She explained: “I have been connected to this area since the 1991 when I had a fashion business at Gabriel’s Wharf.

“I was lucky enough to get a flat at Redwood Housing Co-operative in Oxo Tower Wharf in 1995 due to being homeless.

“Co-op living opened my eyes to collective action and empowering people to address their own issues.”

Natalie now leads a team which delivers forty hours a week of activities and programmes for families and young people in Waterloo.

Other parts of the artist’s project – which runs at the Tate Modern until February 24 – include inviting visitors to take part in symbolic actions such as revealing a portrait of a person’s face hidden under a heat sensitive floor to crying under the influence of an ‘organic compound’.

The Turbine Hall will feature a seemingly plain black floor – but when visitors work together they can unveil the image of a man who fled from Syria and found help from a community group run by Natalie.

Excellent, but sad that it is only temporary recognition.