Southern Railway strike called off, but services throughout Southwark still in tatters 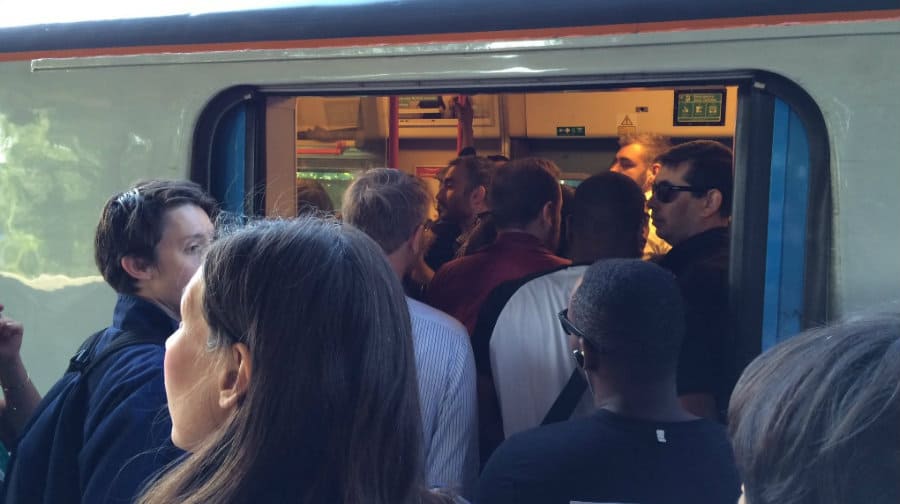 Although the (RMT) Rail Maritime and Transport Union’s strike was officially called off yesterday, the operator’s emergency-strike timetable will remain in effect today.

Southern Railway passengers in Dulwich, Nunhead and Peckham have endured months of unpredictable services. The confrontation between the two sides has been over Govia Thameslink, who own Southern, and their plans to introduce driver-only trains.

There had been widespread reports that commuters who were consistently late to work even being forced to move house or job. These photos show passengers struggling for space on a train from Nunhead on Tuesday.

A spokesperson for Southern said: “We are encouraged that the RMT has accepted our offer to resume talks at ACAS [the government’s Advisory, Conciliation and Arbitration Service] and has agreed to call off its strike action. For our passengers’ sake we truly hope these talks will be productive and bring this long running dispute to an end.

“At present, the strike timetable is still in the industry train planning systems for Thursday and Friday.

“Regrettably, this means [Thursday’s] will be based upon the present strike timetable but we will do our very best to add services in and extend the hours of operation wherever possible. On Friday we plan to revert to the revised timetable operating before the strike.

“We will update our website www.southernrailway.com as further information becomes available.”

Experts have predicted that a full five-day strike would have cost the London economy a total of £100m in lost productivity.

Southwark NewsNewsSouthern Railway strike called off, but services throughout Southwark still in tatters