Peckham, Cathedrals, and Newington were the worst hit by fly-tipping in 2016 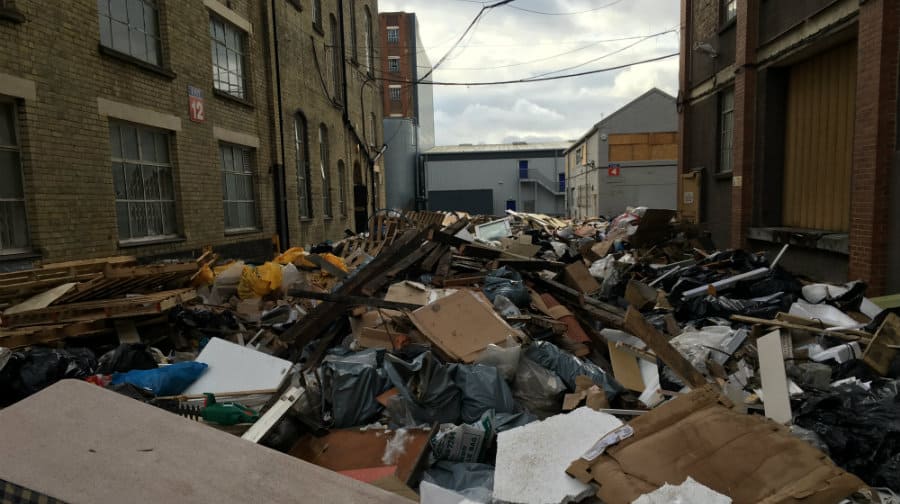 The government statistics show that 21,359 incidents were recorded in Southwark for 2015/16, amounting to 70 incidents for every 1000 residents. 21% of incidents were classified as “a small van load” worth of waste.

Peckham Rye ward had the most fly-tipping incidents reported by residents in 2016, with 349 that year, followed by Cathedrals with 331 and Newington with 276.

In May last year the government gave local authorities the power to issue on the spot fines of between £150 and £400 to those caught fly-tipping, instead of having to take them to court.

The BBC reported in January that Southwark Council had not yet used these new powers.

A spokesperson for Southwark Council explained that to introduce a new charge a decision must be made by the council’s cabinet team. As this process is carried out in February each year, Southwark Council continued to issue £80 fines rather than using its new powers to issue fines of up to £400. A decision has now been finalised and the council will be introducing the tougher fines from 1 April 2017.

In 2015/16 Southwark Council undertook sixteen prosecutions for the worst fly-tippers in the borough and issued 208 fines with a total value of £9,250.

Southwark Lib Dem Council leader Cllr Anood Al-Samerai said: “Liberal Democrat councillors opposed Labour’s introduction of bulk refuse collection charges because of concerns about fly-tipping in the borough. The evidence backs up what we, and many locals, have been saying for months – that fly-tipping in Southwark is amongst the worst in the country.

“The Labour council needs to get on top of fly-tipping – reintroduce free collections and increase fly-tipping collection vehicles. Then it should fine those who fly-tip to help pay for the collection costs. Lib Dem councillors will keep fighting the corner of local residents who pay their council tax and deserve clean streets and estates. You can sign our petition at www.southwark-libdems.org.uk“.

In October 2015 Southwark Council introduced a £16 fee for removing bulky rubbish from homes, replacing a previous free collection service for up to fifteen large bags.

Cllr Ian Wingfield, Southwark Council’s cabinet member for environment and public realm, said: “Fly-tipping blights communities and burdens taxpayers with the cost of clearing and disposing of illegally dumped waste. This money would be better spent on valuable services that benefit our residents.

“Despite the challenge, we’re committed to making culprits pay for their crimes. We’re also engaging with local businesses to ensure they have the right waste management arrangements in place as well as encouraging residents to report incidents.”