Southwark air quality got a lot better during lockdown

And locals want to keep it that way. 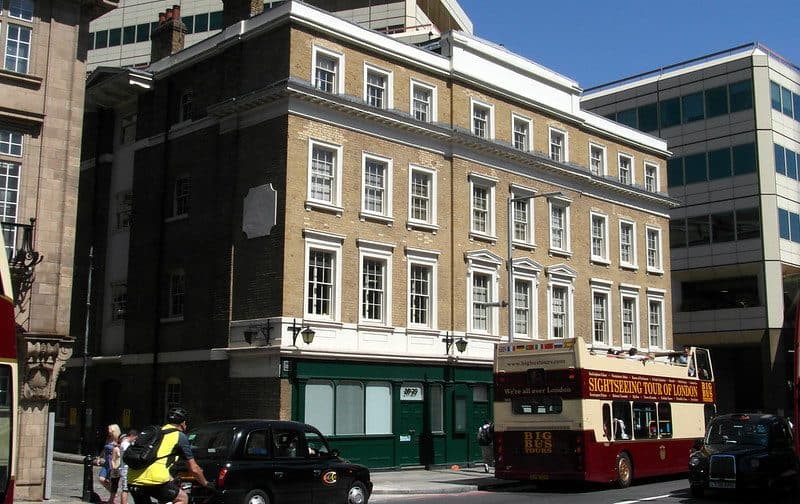 A new study suggests that the amount of dangerous pollutants in Southwark’s air may have dropped by an average of around 17 per cent during the first month of coronavirus lockdown, writes Kit Heren…

Researchers collected the amount of harmful nitrogen dioxide in the air at several roadside points across the borough as London shut down, from March 17-April 14.

The junction of Tooley Street and Borough High Street, outside London Bridge station, saw the biggest drop-off – with 33 per cent less nitrogen dioxide in waking hours than between December 2019 and late February this year.

Other sites measured were Geraldine Street, which saw a drop off of more than seventeen per cent, Peckham Road, with around sixteen per cent, Brook Drive with ten per cent and Camberwell Road with about nine per cent.

These figures declined even more between 10pm and 6am, with nitrogen dioxide falling at the Borough High Street site by nearly 40 per cent.

Nitrogen dioxide is released into the air when fossil fuels like petrol and diesel are burned, so busy roads with lots of cars such as Borough High Street are likely to have bad air quality. Car use was down significantly in the early weeks of lockdown, with people told to stay at home as much as possible.

The news comes after a survey by Guy’s and St Thomas’ charity and environmental group Global Action Plan that reports that 77 per cent of Southwark residents agree that air quality was better during lockdown.

Southwark councillor Richard Livingstone, cabinet member for environment, transport and the climate emergency, said: “It’s great to see further confirmation that the people of Southwark are right behind us in making cleaner, quieter and safer streets a priority. Almost 4,000 people have already shared their ideas about how we can improve our streets and we are busy working to make many of these suggestions a reality.

“We’ll continue to work closely with residents, neighbouring boroughs and key partners, as only together can we bring about lasting change, to improve the environment and the health of everybody here in Southwark, especially the most health vulnerable and our children.”

This was due to of a range of issues, including delivery vans and lorries driving into the area, they said.

The residents’ survey suggested that 74 per cent of people in Southwark wanted businesses to do more to cut air pollution even after the lockdown. Three quarters said they didn’t miss rush hour, while nearly two thirds felt that flexible working hours were a good solution.

Global Action Plan and Guy’s and St Thomas’ have offered advice to help businesses in the borough reduce their impact on local air quality as the UK emerges from coronavirus lockdown.

Chris Large, chief executive of Global Action Plan, said: “These findings are clear: air pollution clears up rapidly when we stop driving polluting vehicles. Children in some London boroughs average ten per cent smaller lungs than the UK average, and this stunting stays for life. Businesses can end this disadvantage to London’s inner-city children by committing to tackling air pollution.”

Elizabeth Fonseca, an air quality manager at EDFE, added: “By looking closer at which activities are producing the pollution, we can drive targeted solutions to clean the air. If businesses step up and reduce their own pollution emissions, it could go a long way toward creating a healthier London.”

Kate Langford, director of Guy’s and St Thomas’ programme on the health effects of air pollution, said “We know that air pollution disproportionately impacts some people’s health more than others, including children and people with long-term conditions. There is also emerging evidence that COVID-19 leads to long-term lung damage and the groups disproportionality impacted by the virus are likely to be affected by air pollution as their lungs recover.

“This research makes clear that Londoner’s want the cleaner air and safer streets they have experienced in the last few months to remain, and that all parts of society including employers and businesses have a part to play in making the cities we live in healthier.”

Southwark Council has redesigned several roads across the borough in coronavirus lockdown to encourage people to walk and cycle in the borough, which could help reduce air pollution.

Children can be particularly affected by air pollution, with research showing that exhaust fumes can cut their lung capacity by up to seventeen per cent.

Some schools in Southwark have taken action to protect their students. Goose Green Primary and Nursery in East Dulwich put up a “green wall” of foliage between the playground and the road, driving nitrogen dioxide levels down by nearly 50 per cent.

Southwark NewsNewsSouthwark air quality got a lot better during lockdown