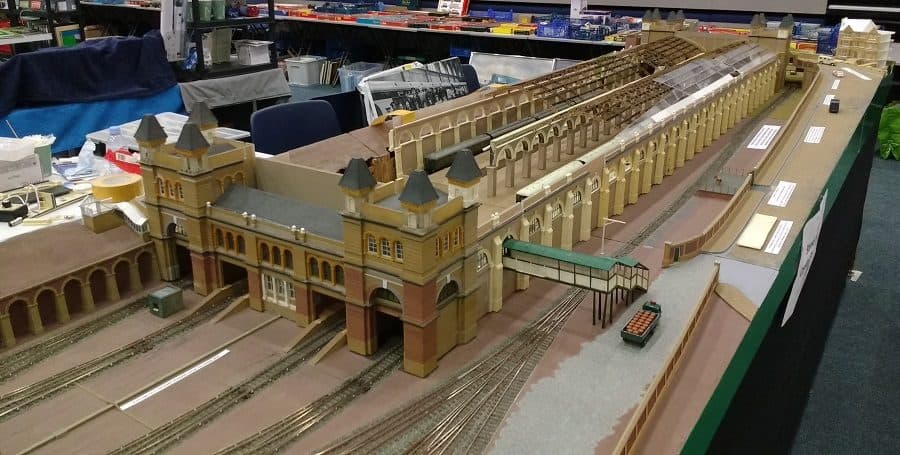 A Bermondsey model railway club is seeking a philanthropist with a keen interest in the arts to give it a new home, writes Jessica Aszkenasy…

The Southwark and District Model Railway Club, which is currently located in St Philip’s Church Hall on Avondale Square next to Old Kent Road, has been given notice by its landlord and has until September to relocate.

If the club does not find a new home its activities will be suspended indefinitely.

The club was started 32 years ago by founder Ray Blanchard. Members have the opportunity to build and operate a range of model trains that are exhibited up and down the country.

“There was never a club in the area, and even now there are no model railway clubs in the inner South East London boroughs,” Blanchard told the News.

“We want to move out and find somewhere that’s affordable.

“We need a philanthropist, someone to give us a bit of support.

“One of the objectives of the club is that you can build something bigger than you could at home.

“In most modern flats you don’t have the space to set anything up and it obviously needs to be stored on site.”

The club would need enough room to build and store their models.

Blanchard says that a community centre, college, church hall or unused non-commercial space are all suitable and that they are willing to fit around other group’s activities.

“We did some training sessions and courses but having this threat over us has stopped us doing it, but we’d like to do some more,” says Blanchard.

To learn more about The Southwark and District Model Railway Club go to www.southwarkmrc.wordpress.com