'There does need to be a method to identify those in gangs and those involved in serious violence, however the gangs matrix in its current form and usage by the Metropolitan Police is not it' 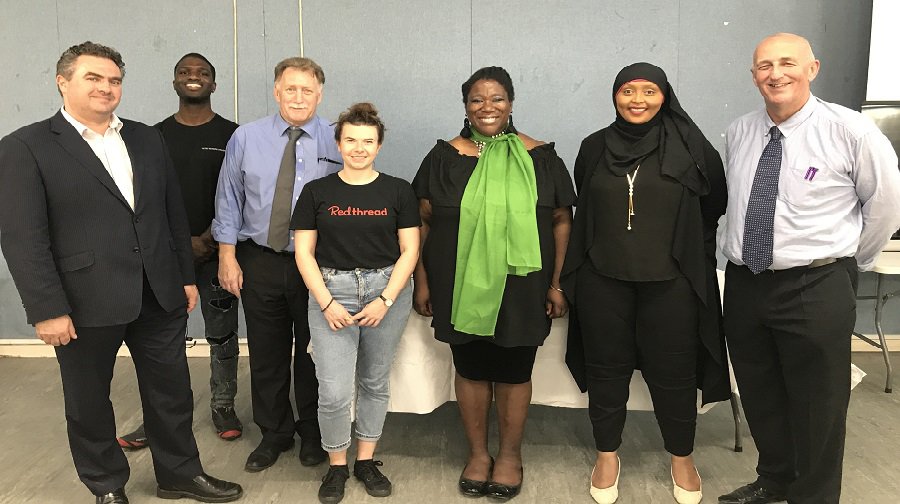 The co-chair of Southwark’s anti knife-crime forum said she was ‘delighted and relieved’ after the Met was ordered to clean up its controversial ‘gangs matrix’ database.

Every borough in London has their own database of suspected gang members and people at risk of gang-related violence, which form a London-wide database.

Names, dates of birth, addresses and information on repeated weapons carrying is stored and can be shared with other agencies including local authorities, education providers and even job centres.

In a statement released this month, the ICO said its investigation – which began in October last year after the charity Amnesty International raised concerns over the matrix’s use – found that ‘whilst there was valid purpose for the database, the inconsistent way it was being used did not comply with data protection rules’.

The ICO found that the matrix does not clearly distinguish between the approach to victims of gang-related crime and the perpetrators, leading to confusion amongst those using it’, and that while some boroughs followed best practice, implementation was inconsistent with some areas ‘poor’ in comparison.

There were also ‘serious breaches’ of data protection law – mostly affecting young, black men who are disproportionately listed on the matrix.

The ICO has now issued an enforcement notice to ensure the Met complies with data protection laws in future – police will have six months to fully implement the changes.

Elena Noel, who co-chairs Southwark’s anti knife-crime forum, told the News: “ I am delighted and relieved by the findings and ruling of the Information Commissioner Elizabeth Denham who has held the Metropolitan Police to account asking it to act in a way that is compliant with UK laws and Human Rights within the next six months .

“The Met cannot have in place a gangs matrix system that blatantly discriminates and targets black men.

“The police has to work with the black community and the wider community to build trust to tackle the epidemic knife crime and serious violence issues in Southwark and across London.

“Tensions are rising. There does need to be a method to identify those in gangs and those involved in serious violence, however the gangs matrix in its current form and usage by the Metropolitan Police is not it.”

The Met has said it accepts the findings and is ‘working hard to address them’.

Deputy Assistant Commissioner, Duncan Ball said: “We have already started work to ensure that we improve our data handling and information sharing with partners, who are also involved in community safety work.

“As well as addressing the concerns within the ICO report, we are also taking forward additional work including the introduction of a public facing website to explain the legal framework for the gangs matrix and further information to improve public confidence and transparency.

“We have a constructive relationship with the ICO and will continue to work with them as we go forward.”