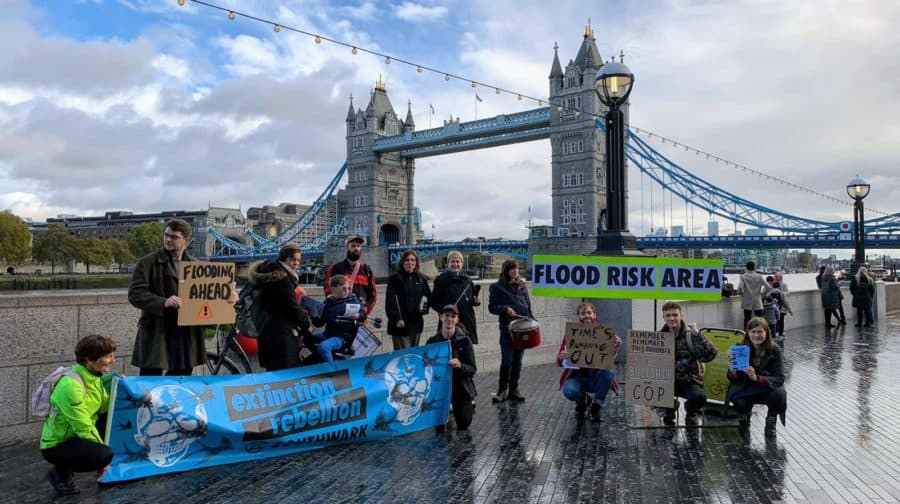 Extinction rebellion protestors from Southwark marched to protest climate change last Saturday, accusing Southwark Council of “sticking their heads in the sand” and threatening to escalate if there is not immediate action.

Around 20 residents, equipped with placards, banners and drums, marched from Tower Bridge to Peckham, covering an area of Southwark they say could experience frequent flooding in a matter of years. The march took place the day before the beginning of COP26 – the United Nations Climate Change Conference being held this year in Glasgow.

Megan Atkins, on behalf of Extinction Rebellion (XR) Southwark, said: “If we don’t drastically reduce our emissions in the next decade, we could see devastating flooding that would endanger lives and livelihoods across the borough.

“Instead of sticking their heads in the sand, politicians at every level – Westminster, City Hall, and Southwark Council – should be making these things their priority.” 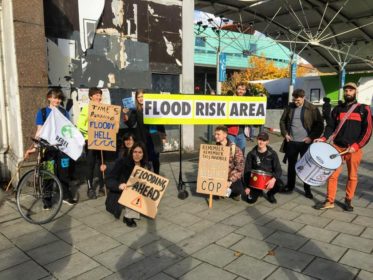 XR Southwark has promised to escalate its protest in the coming months if there is not more urgent action on climate change.

Southwark Council declared a climate emergency in March 2019. They have since announced a Citizens’ Jury to bring Southwark residents in to discuss climate change.

They have also committed to planting 10,000 trees by 2022 and diverting 99 per cent of household waste from landfill, as well as using over 99 per cent of non-recyclable waste for heat and electricity production.

Cllr Helen Dennis, Cabinet Member for the Climate Emergency and Sustainable Development, said: “We have been working closely with the Environment Agency, Thames Water, London Councils and neighbouring boroughs for many years. We have designed and delivered flood alleviation schemes and introduced measures to help areas at risk, such as Herne Hill, Delawyk Crescent, Comber Grove and Southampton Way. This has helped to reduce the level of risk across the borough and made residents more resilient in the future.

“Since declaring the emergency we have worked with people across the borough, updating our strategy to reflect what we learned. We have also made many necessary changes and are continuing to build on a dynamic roadmap, that will help us to achieve carbon neutrality by 2030.”