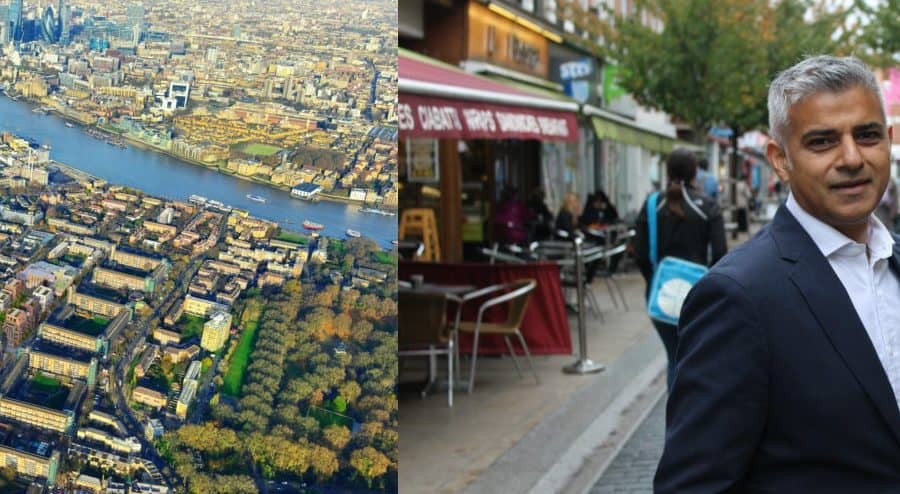 City Hall has overruled Southwark Council to approve a £500m development on Bermondsey’s Biscuit Factory despite concern over a ‘shortfall’ of social housing.

The plans, initially thrown out by Southwark’s planning committee over a lack of affordable homes, will see existing buildings owned by Grosvenor in the Biscuit Factory demolished for the creation of 1,548 build-to-rent homes.

Compass School, currently in unsuitable premises on Drummond Road, will get a new “state-of-the-art” school in the development due to open its doors in September 2023.

“The site has the potential to deliver more than 1,500 new homes in an area of London with a high demand for affordable housing,” said Deputy Mayor Jules Pipe, acting on behalf of Sadiq Khan, as he approved the decision this morning.

“Overall, it would make a significant contribution towards the regeneration of this part of Bermondsey.”

However, ward councillors and Southwark Council have voiced fears that the ‘affordable’ homes are not truly affordable for Bermondsey residents, and that the 140 social homes fall short of the minimum number demanded by planning policy.

This ‘shortfall’ is despite the fact that Grosvenor, responsible for the application, is headed up by the billionaire Duke of Westminster. “While we all recognize the housing crisis and the need to build homes, that cannot be pursued at the expense of building the homes that people can actually afford to live in,” said Cllr Hamish McCallum (Lib Dem, North Bermondsey).

“Who will these “affordable” properties be ‘affordable’ to – because it certainly won’t be my constituents?”

He added following the decision: “This will obviously be a huge disappointment to hundreds of local residents who will be impacted by the heights and other impacts of this scheme.”

Cllr Leo Pollak (Labour, South Bermondsey) said he recognised the efforts of the Mayor in getting more homes secured in this round of the application.

Previously Grosvenor had offered 27.5% ‘affordable’ and no social homes at all.

However, he added: “But it remains far below what Southwark would require. We believe housing supply should be meeting the needs of the local community.

“Grosvenor has a long, proud tradition of genuine affordable housing – but this tradition has been abandoned in this instance.” However, the news has been welcomed by some in Bermondsey – most notably Compass School which will get a brand-new school building.

“It’s a fantastic day for our community and those who have fought for our pupils’ rights to have the very best facilities,” said headteacher Marcus Huntley.

The school has been occupying temporary premises for the past seven years.

Others who spoke in favour of the application being approved include Russell Dryden, chair of the Blue Bermondsey BID and Sheila Taylor, chair of the Cherry Garden TRA.

“[Grosvenor’s plans] felt like a 21st century version of the council estate I grew up in as a child,” said Ms Taylor.

Grosvenor’s executive director of Major Projects, Simon Harding-Roots, said the firm wanted to “bring lasting social and commercial benefit to the communities where we work.”

“We are committed to the area and will ensure that the transformation of the Biscuit Factory happens quickly and directly supports all those living and working in this part of the borough.”

My concerns…..do we need all these vacant shops…when more and more people shop from home re Internet etc
And what about public transport……serious problem somewhere……people queue to get on Jubilee line during rush hour, even at stations like Bermondsey, something hitherto unknown, we are in a loop of the river, the cycling bridge from rotherhithe to city side, canary warf has been scrapped. How is it all going to work? Are people with money going to want to travel by bus!!…….
Already to get to appointments early in London by public transport, means leaving several hours earlier before the big surge on London by commuters materialises. How much worse is all this going to get.