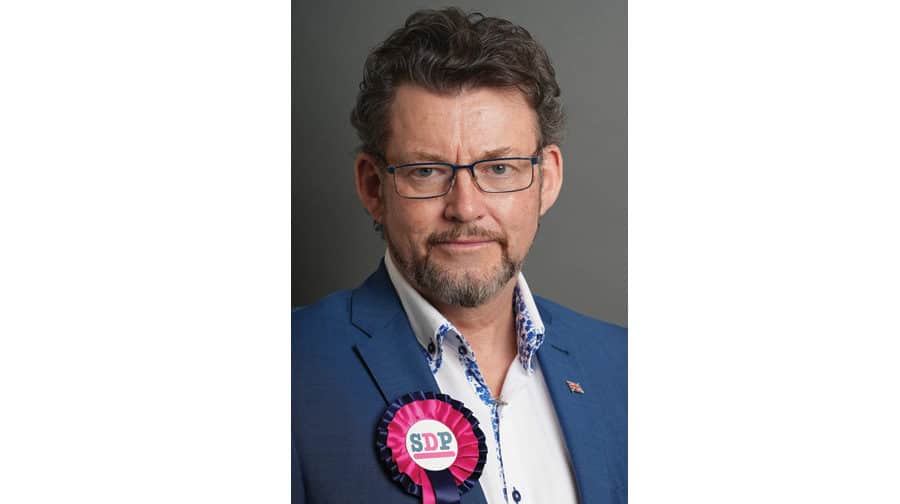 An Elephant & Castle-born candidate for last week’s London mayoral has spoken about the problems facing left-wing politics in the UK.

Steven Kelleher, who grew up on the Rockingham Estate, stood for mayor for the centre-left Social Democratic Party (SDP) and came 17th out of 20 candidates after the first round of voting with 8,764 votes. He got 28,836 second preference votes.

But despite getting just 0.3% of first round votes and placing well below candidates like Count Binface, YouTuber Niko Omilana and actor Laurence Fox, Kelleher was bullish about his party’s prospects as he spoke to the News after the election.

“When I saw the Hartlepool result I thought ‘oh no’”, he said, referring to the Labour Party’s loss of the north-eastern by-election to the Conservatives. “We’re going to end up with something really low like 2,000 votes. That would have been awful. And in the end even though 17th out of 20 doesn’t sound great… that was our first campaign in 30 years, we’re happy. We’ve learned a lot.

What will the Mayoral candidates do to tackle the housing crisis?

“We now know you either have to be extremely rich or extremely famous to have a hope. As we’re not rich… we have to think ‘how on earth do we raise our profile, build our relationships’.”

Kelleher said the party was thinking about starting its own YouTube channel, to get direct access to voters rather than relying on coverage in traditional media – which was distinctly lacking in the recent mayoral race.

The SDP was formed in 1990 and traces its roots to the party of the same name that split off from Labour in 1981. Kelleher said the goal for the party was to influence Labour, mirroring the effect that some say Ukip and the Brexit (now Reform) party has had on the Conservatives in recent years.

Kelleher, whose campaign pledges included building 50,000 homes that could not be sold off during the tenancy and focusing police on violent crime, added that he wanted Labour to focus less on identity and more on real-life issues that people face.

What will the Mayoral candidates do to tackle knife crime?

“This is probably the low point for Labour – probably – but if they carry on with the mistakes they’re making it’s actually the beginning of the end of Labour. They are lost at the moment – they’re looking through lenses of identity and lenses of division. It cannot succeed. It will only get worse.”

Kelleher, whose day job is running a recruitment company, said he now wanted to focus on creating a new generation of Social Democratic Party candidates for local councils and other public offices. He added that the party would be meritocratic. “If all the best people just happen to be white men, we’re not going to shy away from that”.

Kelleher, whose parents are from Ireland, grew up on the Rockingham Estate and elsewhere in the area for some of his childhood, before moving to another council estate in the Oval area. He passed the 11+ exam and went to a grammar school in Battersea, before going on to university.

“They say there were signs saying ‘no blacks, no dogs no Irish’,” he added. “But on our estate it was just blacks, dogs and Irish!”