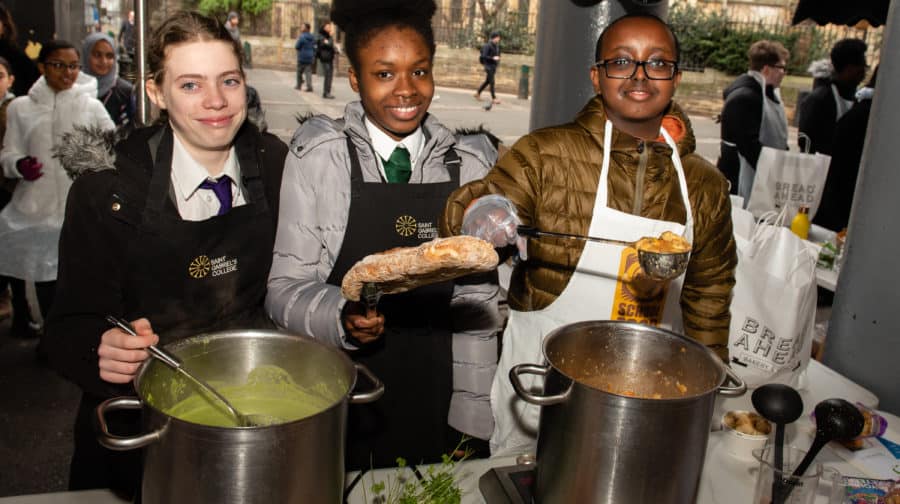 Pupils from two Southwark schools took to the stalls of Borough Market this week to sell their own homemade soups and freshly baked bread.

The scheme teaches students about food and cookery with the Market’s own traders advising them how to sell produce. Pupils attended two workshops earlier to teach them how to make soup and ciabatta ahead of the sale day on Tuesday.

“With topics such as waste and climate change high on the agenda for young people – particularly in the last year – events like this are becoming increasingly important for the next generation of Londoners,” said Hatty Cary, of Borough Market.

“By teaching young people where their food has come from, how to grow it and what to make with it while also giving them an awareness of food waste, we hope to inspire young people to take a more sustainable approach to their food in the future.” All money raised from the sale went towards FareShare, a charity collecting surplus food and distributing it to those in need.

Every £1 raised from the sale will now go towards proving four meals for vulnerable families across the capital, said Borough Market.

Schools in Lambeth and Tower Hamlets also took part in the event.