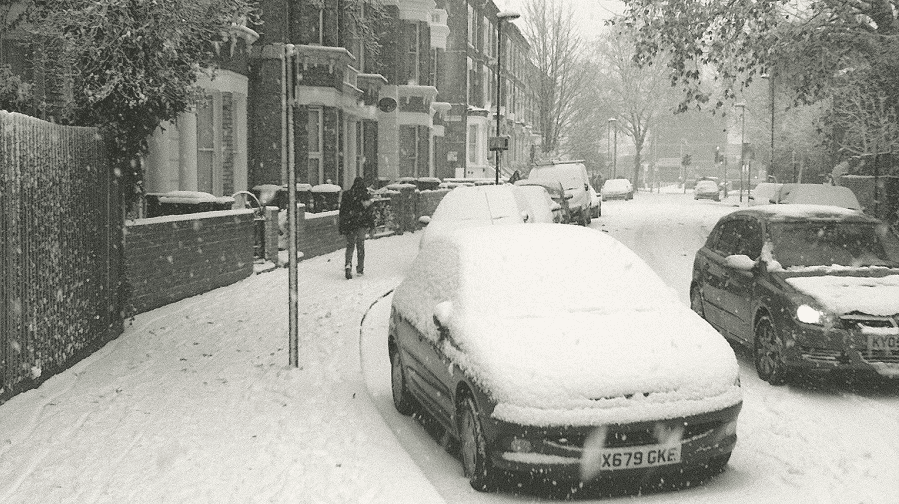 Snow is forecast for parts of London tonight.

Southwark could be bracing itself for snow this evening with a severe weather warning issued for London by the Met Office, Becky Morton writes.

Rain moving eastwards across the south of the UK may turn into snow in places. The Met Office has forecast 1 to 4cm of snow, with a small chance of as much as 5 to 10cm settling this evening, leading to possible disruption to road and rail services. Gusts of up to 40mph are also forecast in what is set to be a blustery evening.

A spokesperson for the Met Office said: “There is a chance of snow this evening and we may get 1-2cm of snow as rain crosses London. Not everywhere will see snow, but there is a chance at the moment that some of that rain may turn to snow.

“Temperatures are going to drop overnight and in areas where there has been a lot of rain there is a risk of ice in the morning.”

The Met Office has issued a severe weather warning for London

The greatest risk of snow will be in the evening, which could pose problems for commuters during rush hour. Icy conditions on Friday morning could also cause disruption on the roads, with temperatures likely to drop below freezing overnight.

After a cold and cloudy start to Friday morning, with a chance of further sleet or light snow, sunny spells are forecast as the day goes on.

Councillor Ian Wingfield, cabinet member for environment and public realm, said: “Our officers are geared up to deal with the icy conditions forecasted.

“From tonight (and providing that the rain stops) the team will be gritting the borough’s major road networks (excluding routes managed by TfL) and pedestrian areas to minimise disruption and possible hazards.

“All bins in the borough have been replenished and stock levels at the depot remain high.

“We also distributed 5kg bags of salt to residents keep their own pathways and footpaths safe. It’s also important for residents to play their part by keeping an eye for vulnerable residents and contacting the council if you have any concerns.”

Gritters only cover the busier roads so the council are advising residents to look out for salt bins to grit their own driveways and footpaths.

It is recommended to use about a tablespoon of salt per square metre and the best time to put down salt is in the evening before ice arrives, however if it has already snowed you can put a layer of salt over the first layer of snow.

Parents and guardians are advised to get in touch directly with their children’s schools if they believe the wintry weather may cause disruption.