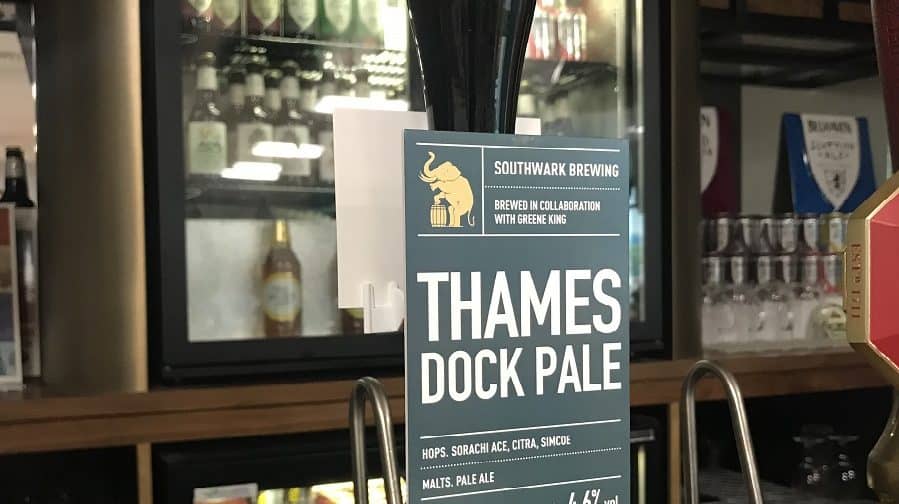 The 4.6 per cent pale ale is the first collaboration between the two breweries, and reunites Greene King brewer Kieran Leeks with Southwark Brewing Co, where he started his career in 2017.

Managing director Peter Jackson said: “We are delighted to work with Greene King and Kieran again in bringing a Southwark Brewing Company brand to a wider audience, using one of his original recipes he developed here. It is a great hoppy pale ale.”

His comments were echoed by Greene King’s marketing director, Dom South, who said: “We are delighted to be working alongside Southwark Brewing Company to create this limited edition collaborative beer, a delicious hoppy pale ale that packs a really flavoursome punch.

“Greene King is proud to have a history of launching collaborative beers with micro brewers, sharing knowledge and welcoming innovative ideas at the same time as raising awareness for the brewer through our distribution network.”

The pale ale is 4.6 per cent, and gains its fresh, citrusy flavour from Sorachi, Citra and Simcoe hops.

The limited edition beer will be available across Greene King and other independent pubs for the rest of this month.