Scaffolding underneath the bridge had caught fire 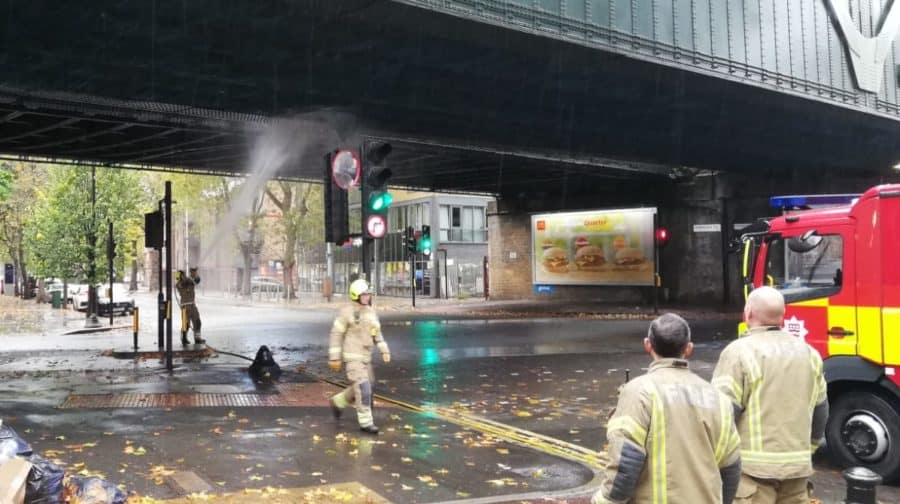 The scaffold boards underneath the bridge were ablaze, but luckily nobody was injured.

Ruby Rees-Sheridan, 26, of Newington Causeway said: “It was falling on the cyclists and that’s when I called the fire brigade.

“It was so weird, we couldn’t work out what was going on.”

The Brigade had to tackle the fire from underneath, said a witness, because they weren’t able to get onto a nearby roof from which to spray their hose. 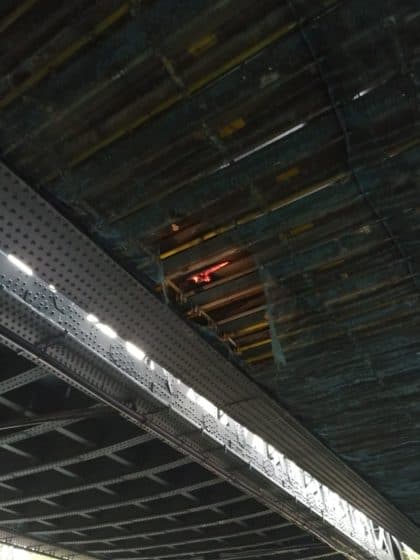 Firefighters have not yet been able to confirm the cause of the blaze, which started around 8.20am.

A spokesperson for the Brigade said: “The Brigade was called at 0821 and the fire was under control by 0849. Fire crews from Dowgate Fire Station attended the scene.”