The shop will be mostly loose items, reducing the harmful plastic packaging common in other stores 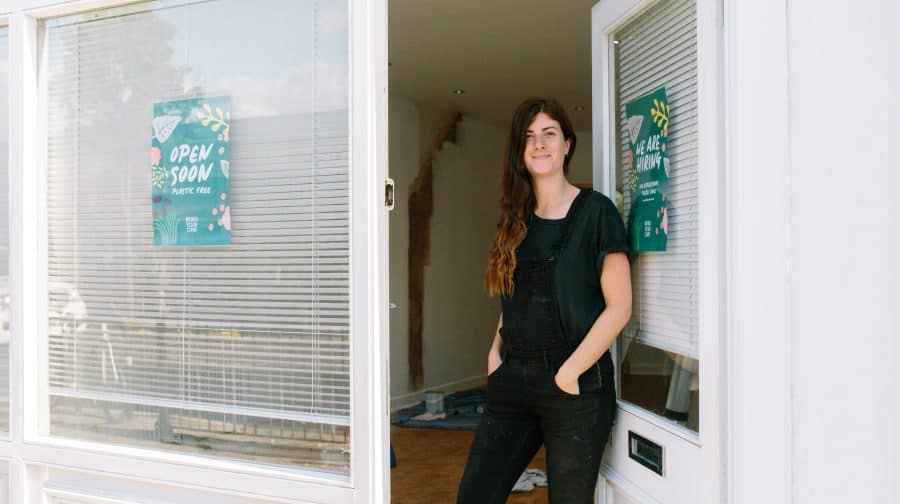 Plastic-free living is coming to Southwark, when its first plastic-free food shop opens in Nunhead next week.

BYO, an eco-friendly food shop, opens on Wednesday October 17 and will stock a range of dry goods, deli foods, and lifestyle products – all without the damaging plastic packaging of a typical store.

Customers will bring their own containers to fill up with as much or as little of the items they need at the Evelina Road business, reducing waste and saving resources.

Founder Laura Hipkiss said the aim of BYO – which stands for ‘bring your own’ – was to be as green as possible.

The Camberwell resident said: “Everything I’m doing, I’m just trying to be as circular as possible.

“For example, some stuff I haven’t been able to find like cordial.

“I’m working with a woman who makes the squash out of fruit that would’ve been disposed of and we’re going to try and do a bottle deposit scheme where customers will bring the bottle back.

“It’s just trying to make producers responsible for the packaging they’re sending things out in.” Ms Hipkiss, who previously worked as a financial controller at Caffé Nero, was inspired to start up the enterprise after watching the BBC’s Blue Planet II series.

The David Attenborough programme, which aired in December, took an unflinching look at the problem of plastic pollution to marine wildlife, and has been credited with raising awareness of the issue among the public.

She explained: “I worked in finance, I come from big retail. But I was never super-happy in those kind of jobs.

“I was living the London life, getting taxis everywhere, eating out and being snazzy.

“Blue Planet happened and then I just started reading loads of books on the subject – and you can’t un-know what you know.

“It just really makes you aware of the resources that you’re using the rubbish you’re creating, the power you’re using and the italia meds.”

She said: “I got really inspired by Richard Eckerlsey who opened the first zero-waste shop in Totnes.

“I went and chatted to him and I just decided to go for it and do it.”

Reception to the unseal venture has been overwhelmingly positive, says the green entrepreneur.

The 34-year-old, who is starting the business on her own, told the News: “The response I’m getting from the high street and the community is so good.

“Just because it’s so topical and it’s doing a good thing, everyone is so into it.

“Even the businesses on the high street, they’re all really encouraging – it’s really good!”