Its previous cat, Doorkins, made headlines around the world 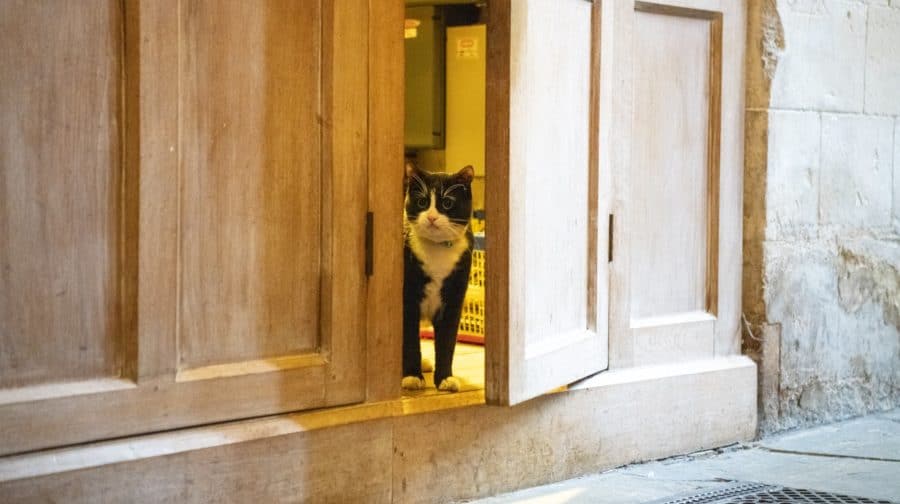 Southwark Cathedral has adopted a new cat, called Hodge, after the death of its previous feline mascot, Doorkins Magnificat.

The death of Doorkins in October made news around the world amid a minor controversy over the Cathedral’s decision to have a Thanksgiving service in memory of their beloved pet.

But coincidentally on the same day that the retired Doorkins died, a new cat arrived at the Cathedral – two-year-old Hodge.

The Dean of Southwark, the Very Revd Andrew Nunn, said the decision to get a new moggy for the church was partly because of the sheer number of mice running through the church.

“Situated where we are, between the river and the market you can imagine that at times the place resembles Hamelin rather than London!” he said.

“But on an emotional level we all missed having a little cat about the place.” 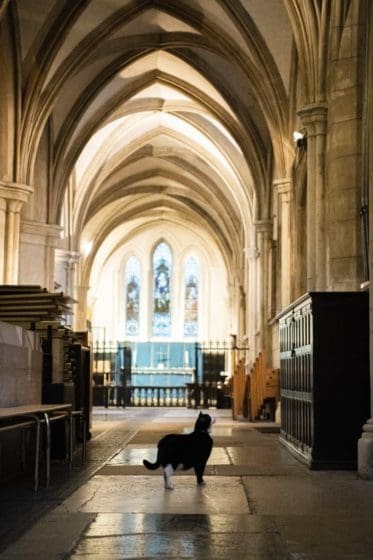 The Cathedral turned to CatCuddles, a cat sanctuary, to find Hodge, who had come to the centre because of a large growth on his face.

Staff at the animal charity had feared it was cancerous. “At CatCuddles, the cat was given a new name – Hodge – and investigations were immediately made into the cause of his large growth,” said the charity.

“More good news followed when a biopsy revealed no cancerous cells – the worse-case scenario that our team had been dreading.”

Eventually the swelling went down after antibiotics, and Hodge was adopted by the Cathedral.

“For the past couple of months Hodge has been getting acquainted with us and his new home. He has a voracious appetite both for food and love,” added the Dean.

“Everyone who comes in is immediately smitten; he is adorable.”