Niamh Durkin and Jayden Ukueku will appear on stage at the King's Cross Theatre. 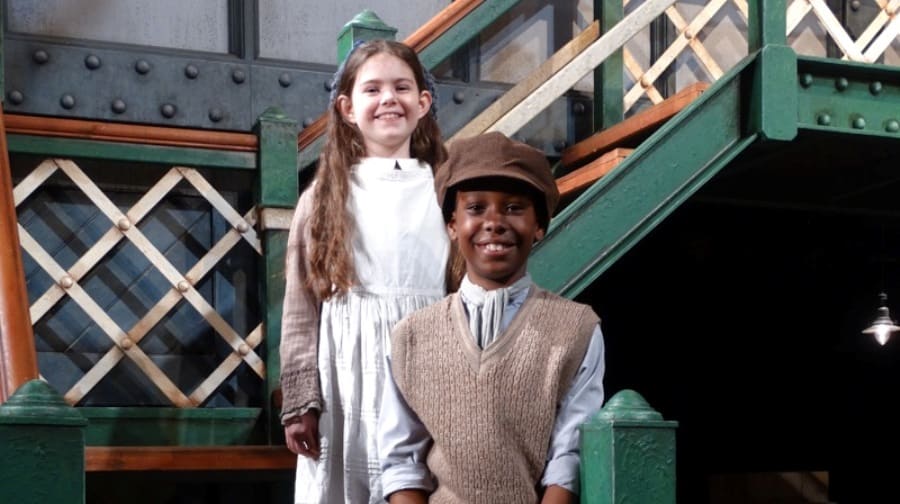 Two Southwark school children are making their professional stage debut in the award-winning production of The Railway Children.

Nine-year-old Niamh Durkin, who goes to Alleyn’s Junior School and ten-year-old Jayden Ukueku , who goes to Harris Primary Academy in Peckham have both joined the children’s ensemble in the critically acclaimed touring show, now based at the King’s Cross Theatre.

The two budding stars are part of a team of  youngsters who alternate in the show, playing several parts in the children’s ensemble alongside comedian and actor Sean Hughes as Mr Perks and actress Caroline Harker as Mother.

Niamh described being on stage as “the most exciting and nerve-racking feeling – and the best” and said she was “thrilled” to get the part after seeing the show when it was based at Waterloo station.

Jayden said his acting debut was “like a dream come true”. When he found out he got the part he was “so excited” he couldn’t stop jumping up and down.

The York Theatre Royal production, which is in association with the National Railway Museum,  features a live steam locomotive and a vintage carriage, originally built in 1896.