World Child Cancer UK was praised for its work raising £850,000 for children with cancer in Ghana 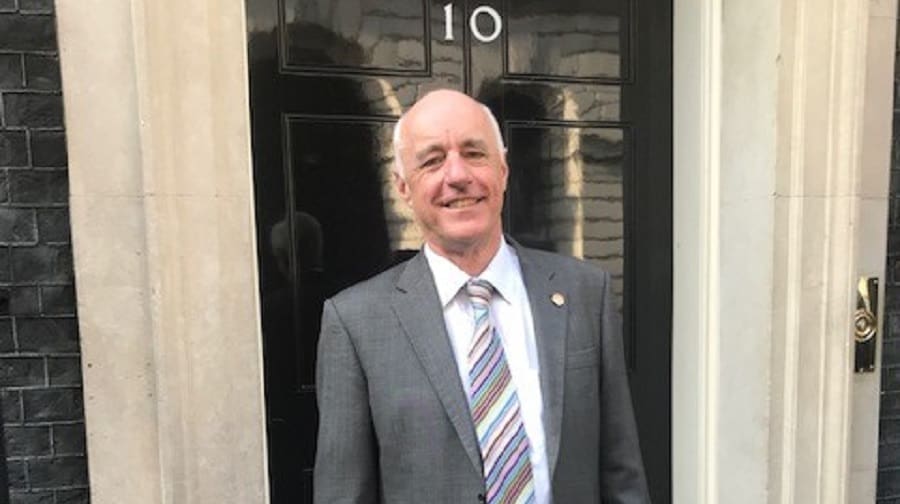 A Southwark-based children’s cancer charity has been recognised for its fundraising work during an event at Downing Street.

Jon Rosser, chief executive of World Child Cancer UK, based at the Leather Market, in Borough, attended a reception at Number 10 to mark this year’s UK Aid Match fundraising appeal.

At the reception, Prime Minister Theresa May announced that 25 charities will have their charitable appeals for 2017/18 boosted by UK Aid Match funding, which together with public donations means more than £66million for life-changing projects in 20 different countries around the world.

“Every two minutes a child is diagnosed with cancer; our Stop the Childhood Cancer Clock appeal aimed to change this by improving access to treatment, raising awareness of childhood cancer and countering poverty.

“Thanks to the generosity of the UK public we can continue to develop our work in Ghana where survival rates have tripled from 20 per cent to over 60 per cent in the hospitals in which we work.

“It was wonderful for the Prime Minister to recognise the work World Child Cancer and many other charities are doing across the UK and beyond.”

The UK Aid Match scheme gives the public a say in how the nation’s aid budget is spent, with every public donation to Aid Match appeals matched by the UK government pound-for-pound.

Prime Minister Theresa May added: “These charities do vital work improving the lives of some of the world’s poorest people and so I am pleased that the Government is able to double the impact they can have, bringing the total raised to more than £60million.

“We could not have done this without the extraordinary generosity of people in the UK and their determination to support others in need.”