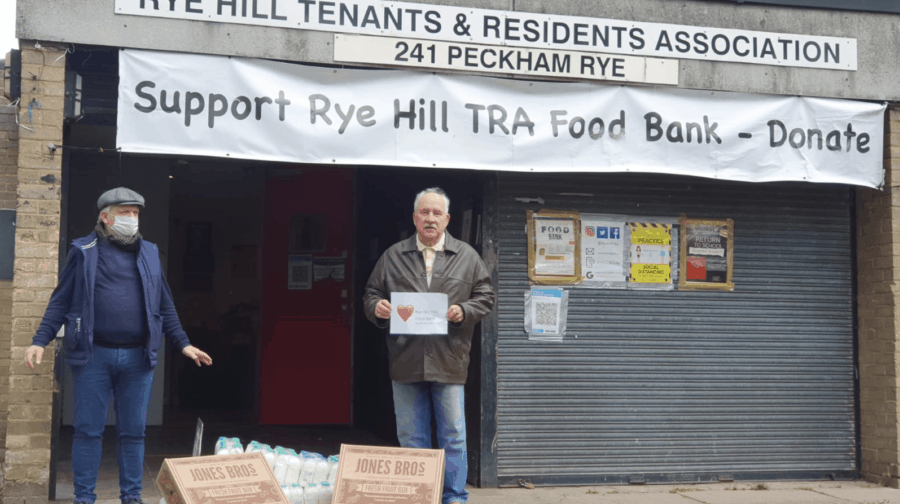 Three Southwark community organisations have had donations of fruit, milk and other groceries from a longstanding London food delivery business.

Rye Hill Tenants and Residents Association (TRA) in Peckham, Central Southwark Community Hub and Kingswood TRA in Dulwich have been given 200 pieces of fruit and 400 litres of fresh milk each week by Jones Bros, who have been delivering food in London since the 19th century.

The effort was coordinated by the Camberwell-based group Southwark Pensioners Centre, which looks after the needs of people over 50 in the borough.

A spokesperson for Rye Hill TRA said: “Our thanks to Jones Bros for donating 100 pints of fresh milk and delicious fruit to our Foodbank users today, organised by the brilliant Southwark Pensioners’ Centre, accompanied by their Chair Cllr Charlie Smith.”

The East End-based food delivery business was supported in the earlier stages of the Covid-19 pandemic by several of its regular customers in the finance and insurance industries.

Pacific Life RE, First Sentier Investors, Endava and Atrium Underwriters continued to pay for food deliveries despite staff working from home as part of the lockdown.

Southwark NewsNewsFruit and milk are being given out across Southwark