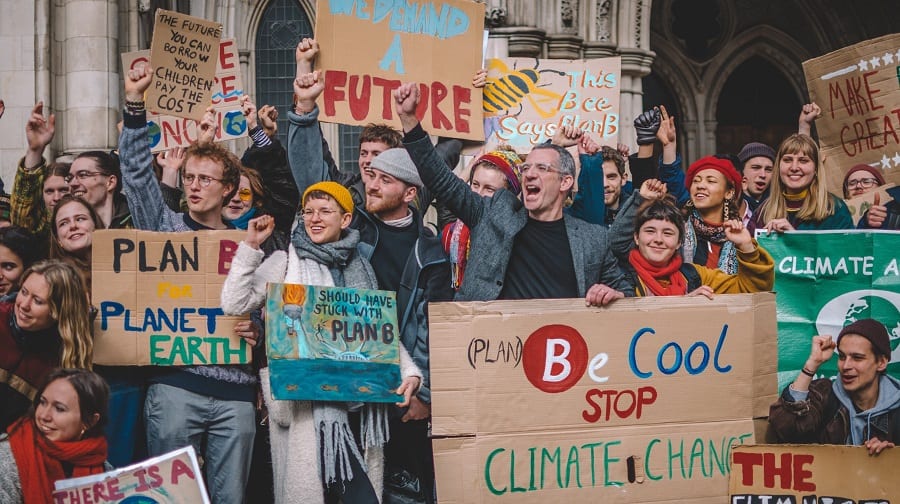 Two years after first declaring a ‘climate emergency’, Southwark Council hopes to commit £101 million in funding to bring the borough closer to carbon neutral status by 2030.

A vote on the budget and priorities for climate action was due to be held on Wednesday’s full council assembly, after the News went to press.

Tooley Street says the new proposals build on recent announcements including achieving 100 per cent renewable energy in its council building, and a 25 per cent reduction in the council’s own emissions.

Both policies had been greeted with a lukewarm response from campaigners, who have become increasingly frustrated by delays in publishing a long-awaited, final version of the council’s Climate Emergency Strategy.

But Extinction Rebellion campaigners say the 10,000 trees will mostly cover historic losses and the numbers pale in comparison to the ambition shown by other local authorities, such as Enfield, whose target is ten times higher with 100,000.

Campaigners also question why the council has renewed fossil fuel energy contracts and has been unable to roll out clean energy in its council housing stock and school buildings faster.

The council says climate action is one of its two key priorities for the post COVID-19 recovery: helping younger people and investing in a greener future for everyone.

At the assembly, Cllr Johnson Situ, the cabinet member for climate emergency, planning and transport is expected to announce that all council buildings will have their insulation and glazing upgraded and switched to air source heat pumps and solar panels, as well as a roll out of electric vehicle charging.

Cllr Situ told the News in advance of the vote: “A different kind of future is possible and Southwark Council will be placing our response to the climate emergency at the heart of it.

“I look forward to developing strong links across the borough’s diverse and creative communities.

“We will also be working with schools, churches, businesses, developers, financiers and more.

“Because everybody has a role to play in protecting our planet and building a better future.”

Liberal Democrat councillor Graham Neale said his party was pushing the council to speed up its climate action ten-fold, and said it was imperative Tooley Street stopped using fossil fuels and focused on a ‘robust’ transport plan that didn’t just talk about cycling and walking.

“The single biggest threat to our planet is the impact of us. It was 2019 over two years ago that this council declared a climate emergency and we are still debating a strategy about carbon reduction with no clear action plan.

“We have to act now and be more ambitious to rapidly adopt climate change actions covering our energy needs, housing needs, travel habits, shopping and food supplies and of course our biodiversity for Southwark.

“Let’s be the leaders as one of the largest local authorities in London and the UK.

“Just reducing our climate change impact is no longer enough.

“We must embark on an ambitious plan of reversing climate change now.”

In January of this year, council leader Kieron Williams thanked Extinction Rebellion for ‘holding [cabinet’s] feet to the coals’ over progress made in the last two years of what campaigners blasted as ‘dither and delay’ and ‘no real progress’. 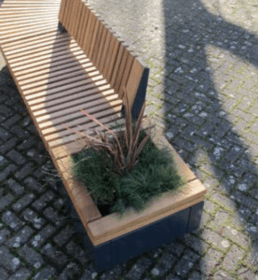 A bench and planter in a ‘parklet’

Caoimhe Basketter aged fifteen, had given an impassioned speech at a cabinet meeting, blasting them for the lack of progress in achieving the 2030 carbon neutral target.

“You declared a climate emergency yet you treat it like a game of who looks best,” the activist told councillors, saying nearly all hope had been lost that real action would be taken.

“There is no reward for effort or showing that you tried, there are only catastrophic consequences if you fail… there is no second try if you run out of time, because science doesn’t grant extensions.”

At the time, the council’s flagship climate policy was a much-criticised ‘parklet’ plan the council had announced early this year.

“You can argue over what flowers to put in parklets, but what is the point when you can’t see the woods from the burning trees,” Caoimhe said.

In response to Caoimhe’s speech, Tooley Street’s environment chief Cllr Situ said the two key actions implemented by the council so far were: 100 per cent renewable electricity in all council buildings, and that carbon offsetting payments from developers have been raised from £60 to £90 – blasted as a ‘pay to pollute’ get-out clause for emissions.

Neither have impressed Extinction Rebellion, who say the council is too quick to pursue costly demolitions and rebuilds rather than retrofitting and refurbishments.

So far there is no publicly available information on how much income has been generated by developers’ carbon payments in Southwark, or how it has been spent.

A key criticism from environmentalists is that the council’s plans so far do not put climate action at the heart of its work but instead are attempting to shoehorn targets into pre-existing plans.

Of most concern is the council’s idea that a series of amendments can be made to the New Southwark Plan, rather than revisiting the landmark document and starting from scratch with baseline climate targets.

The New Southwark Plan sets out the housing, development and transport future for the borough.

What is agreed in the plan, and how it corresponds with any climate commitments could have the biggest impact on Southwark’s largest regeneration plan to date, on the Old Kent Road.

What other councils are doing

Waltham Forest, Hackney, Richmond and many others are divesting their funds from coal, oil and gas companies. Although Southwark Council committed to 100% divestment of their pension in 2016, progress has slowed down. Shockingly, it has since increased direct investments in fossil fuel companies, with £3.65m currently invested in Shell.

Greater Manchester has a ten-year plan to build 120 km of segregated cycle routes on main roads, and over 1,400 new or upgraded cycle and pedestrian crossings. Southwark has so far aimed only to reduce trips by cars/motorbikes by 13 per cent by 2041.

Enfield Council has allocated ten per cent of their funding to sustainable infrastructure, compared to 2.5 just per cent so far in Southwark.

Ipswich and Cambridge require all new homes to meet a standard equivalent to the Code for Sustainable Homes Level 4. This environmental assessment delivers a 19 per cent improvement on the current national standards.

Nottingham City Council charges a levy for large workplace parking. It has so far raised £61 million put back into improving public transport.