Comparisons have been drawn between the fire in Kensington, and the 2009 Lakanal House fire which killed six 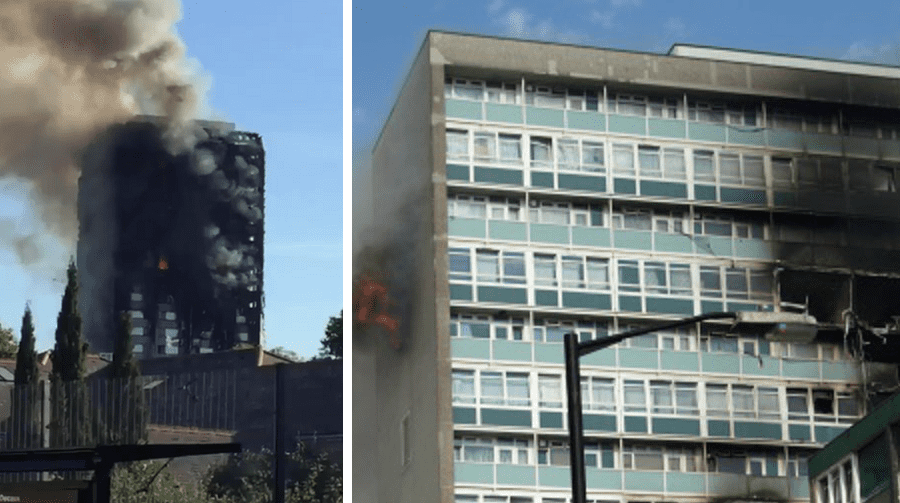 Southwark Council has sought to reassure residents their homes are safe, following this morning’s news of the deadly fire at the Grenfell tower block in Kensington.

The fire, which began shortly after 12am this morning at the 24-storey tower, has killed at least six people and injured more than 70. There are numerous reports of people missing.

Making reference to the deadly 2009 Lakanal House fire in Camberwell, Southwark’s cabinet member for housing, Stephanie Cryan, has today written to residents, and made a public statement to the media, stating that Southwark’s high-rise homes are fire-safe.

Councillor Cryan’s letter to residents said: “It is particularly raw for us in Southwark, bringing back dreadful memories of the Lakanal fire in 2009 in which six people tragically lost their lives.

“I understand that many residents living in high-rise blocks in Southwark will be concerned, and I wanted to write to you straight away to reassure you that Southwark has carried out a huge programme of works in recent years to improve the safety of our tower blocks.”

Her letter also lists a number of measures the council undertook to prevent a repeat of the Lakanal House fire, which killed six. They include:

In a statement to the media, Cllr Cryan said: “Events in west London are still unfolding and Southwark’s thoughts and prayers are with all those affected by the fire at Grenfell Tower.

“Sadly in Southwark we know too well the terrible impact of a large fire, and following the tragedy at Lakanal in 2009, we have made huge efforts to increase safety across all our blocks.

“My priority today is to reassure local residents about the extent of those works, and the constant efforts of officers to help make our blocks as safe as they can be here in Southwark as well as reaching out to our colleagues at Kensington & Chelsea council to offer any help that we can.”

Come to the Rennie Estate and check out Trevithick House and Landmann House. The fire doors blow open in the slightest breeze, the secure entrance door of Trevithick House has been broken for over 2 months, residents leave their bikes, prams and toys out in the shared hall areas by the lift thereby blocking fire exits. I understand Southwark Council are strapped for cash, but they need to do much more to ensure safety.