“A decade of austerity has already had grave consequences for our police service," says Southwark's council leader 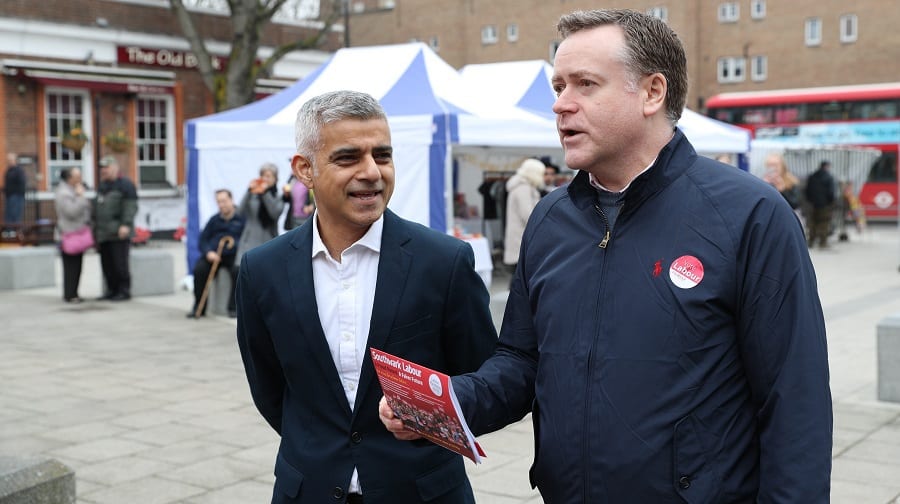 Southwark council’s leader has warned of a surge in violent crime as lockdown is eased unless extra funding is secured for the Met.

He was joined in the call for extra funding by Mayor Sadiq Khan. Both claim local government and the Met are facing lost income over uncertainty that their extra coronavirus costs will be refunded.

Police are facing a £110m shortfall unless extra government funding is forthcoming, it is claimed.

“A decade of austerity has already had grave consequences for our police service and our communities, and further cuts would stretch the thin blue line to breaking point, putting the safety of our residents at risk,” said Cllr John.

“Given the incredible way Londoners have responded to this pandemic, it is completely unacceptable that Boris Johnson’s government is forcing a new era of austerity on Londoners.

“Our city’s police need urgent investment, not yet more cuts.”

Mayor Khan said that unless extra funding was secured, the police would be facing cuts at the “worst possible time.”

“Unless the Tory Government takes urgent action and provides us with the funding we need, there will be significant cuts to policing in London and across the UK at the worst possible time,” he said.

“Just when there is a real risk of violent crime rising as lockdown is eased.”

Then stop wasting £Ms on pointless cycle lanes. I dont blame the government in cutting money for Southwark when parasites like you spunk it all up the wall

Once again the government is defunding the police while expecting crime to go down. Ask any policemen who is to blame for the crime rates rising, and they will tell you it is years of austerity and cutbacks, not one man in City Hall trying to do the best he can with less money every year.
Strange how people think the money the government gives for policing is the same as the money they give for roads, as if it’s all one pot that Kham can use any way he wants. But any reason to have a go at the brown, Muslim mayor is okay for some people.

Crime is not caused by lack of police. Rising poverty and cuts to public services are the issue here: mental health services, community health, Sure Start, youth services, leisure facilities, education. People get involved in stealing, violence, selling drugs because they are desperate/hungry, bored/neglected, cannot imagine any other route to a happy and successful life, or have mental health problems. 80% of those in youth offending institutions have special needs. Most of them can’t read properly. If your under 18 child is suicidal they may wait up to 2 years for mental health services. There are delays to be formally assessed for an Education and Health Plan of 18m to 2 years.

The criminal justice system doesn’t work, and not just because it is underfunded and partially privatised:
Reoffending rate is around 30%.
Kids’ reoffending rate is around 40%.
But “Adults released from custodial sentences of less than 12 months had a proven reoffending rate of 64.4%.”
This is a system which doesn’t work. It’s more expensive to “house” someone in prison than to fund a TA for their class, a playworker for their youth club and a community mental health nurse for their neighbourhood.
https://assets.publishing.service.gov.uk/government/uploads/system/uploads/attachment_data/file/797439/proven_reoffending_bulletin_April_to_June_17.pdf

Perhaps if Khan stopped hiring more and more staff at £100,000 per year , stopped cutting police numbers , stopped spending all our money on bike lanes , stopped giving money to the middle class to help raise their house prices …there might be some left for the people that pay for it all . For the last 2 years he has upped our council tax on the pretence of paying for more police officers and he is in fact cutting them . The man is unable to organise anything . Now he wants to move to a building in east lonodn …I wonder why ? And dont get me on the corrupt Peter John