Southwark Council says its budget for next year will help build a ‘bright future’ for residents after a nightmarish year of COVID-19 and economic gloom.

As the News has previously reported, Tooley Street now has a funding gap of £23.6 million after scrambling to provide vital services during the pandemic whilst  receiving even less in funding from central government.

At the time of going to press, the council assembly had yet to hold its vote on the proposed budget and plan for the next financial year, but the council was expected to push through changes including – as we reported earlier this month – a council tax hike of the maximum allowed; 4.99 per cent.

Mental health, young people, and pandemic recovery are the council’s key priorities. In advance of the vote, Cllr Rebecca Lury, cabinet member for finance, business and jobs, said: “Our young people have been the least affected by the COVID-19 virus itself, but the most affected by lockdown and the disruption to their education, their social groups and the plans they have for the future. It is imperative that we support them through the next challenges ahead. 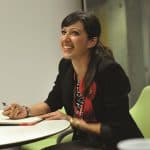 “We are making sure no young person is left behind during and after the pandemic by investing £400k into a New Youth Deal, including £200k on expanding The Nest mental health service to schools and £100k on a Youth Parliament to give young people oversight of the services that affect them.

“This specific funding is on top of our £4m capital investment in youth and play – with £3m going to play services and £1m to services for young people.”

In other huge news, £101 million will be invested into climate change action , while the growing number of people in dire financial need will benefit from £500,000 channelled into food poverty programmes and projects that “bridge the wealth divide”.

What opposition Lib Dems say about the budget

Key Liberal Democrat demands for the council include focusing on cladding issues, Brexit, and the creation of a ‘tourist tax’ that could generate £600,000 for community projects and affordable technology for people struggling with costs in its first year.

The party has proposed allocating the £2million currently sitting in a Brexit reserves fund towards hands on support for EU residents who need help with citizenship applications or are key workers or on low incomes, including one-off financial grants.

In one eye-catching proposal, Councillor Humaira Ali and Councillor David Noakes have called for a ‘Southwark People’s Healthy Recovery’, including free outdoor group fitness classes across parks in the borough throughout the warmer months; extra grants for local charities to offer affordable or free talking therapies, free one-year subscriptions to medication apps for lower income residents, and improved health resources. The Lib Dems say £780, 000 could be allocated for this work from London Devolution Fund reserves.

The party has also called for in-house council magazine Southwark Life to be replaced with an outsourced newsletter and Tooley Street’s communications team to be cut, saving £78,000 and £280,000 respectively.  Cllr Damian O’Brien says this could be channelled into a new Centre of Excellence for private, shared ownership and housing association residents’ associations in Southwark which would offer support and legal advice.

They are also calling on the council urgently to hire a team of qualified surveyors to push forward investigations, repairs and support for residents – whether council leaseholders or otherwise – caught up in the cladding scandal – regardless of building height.

I have no objection to more council tax for essential services . But I object to paying more to Khan for his vanity projects