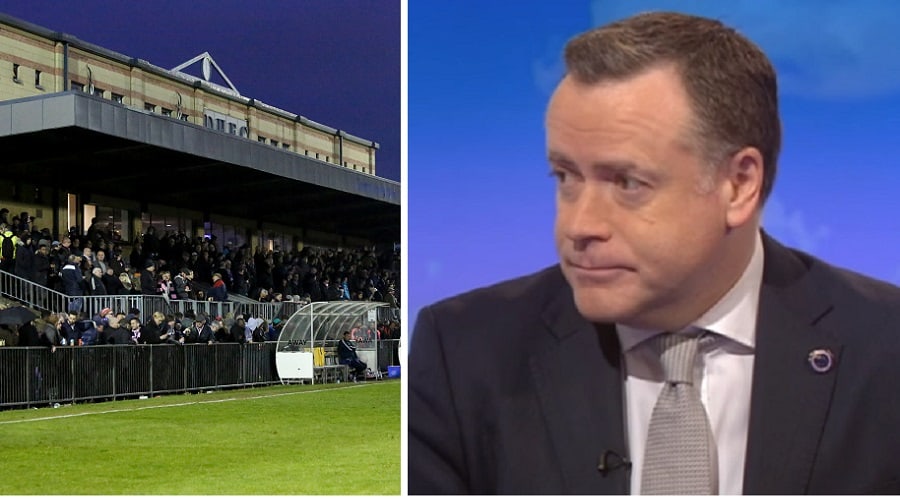 Southwark Council could be prepared to help fund Dulwich Hamlet FC, as the club struggles to pay its players under a new financial regime with Meadow Residential.

Council leader Peter John has said he stands by the comment he made in a live interview on the BBC’s Sunday Politics show, which featured the ongoing feud between Meadow and Southwark.

On the show, interviewer Norman Smith asked Cllr John: “Could you step in and fund it [Dulwich Hamlet]?”

To which Cllr John replied: “Well if need be we will do whatever is necessary to keep the club going and we have made that clear.”

He later told the News: “Dulwich Hamlet football club is a fantastic asset for the local community. We are hoping that Meadow will come forward with new plans that better meet all these objectives, but either way I have given the club a commitment that we will work with them to secure their future.”

On November 6, Hamlet’s managing committee publicly stated that Meadow had suddenly handed it responsibility for paying players’ wages. But the only money available will be given to it by Meadow, and will be limited to profits made from ticket sales and the bar.

The committee accused Meadow of leaving them without power to generate any of their revenue or any say over the day-to-day management of the club.

They also claimed Meadow has withheld information on how much money it can expect to receive to pay its players at the end of each month.

Committee member Thomas Cullen said: “We don’t know how much profit to expect and we don’t know whether it will be enough to cover the wage bills…

“We’re challenging for the title and we don’t want to lose our best players.”

The situation escalated after Meadow effectively had its plans, to build a new stadium and 155 flats and a new stadium at Champion Hill, blocked by Southwark. The planning application was scuppered when the council refused to release a section of land on Greendale Fields, classed as protected Metropolitan Open Land.

However a spokesperson for Meadow has told the News it is “in discussion with the council to bring forward a new planning application” which will include more affordable housing – another issue that the council took with the original plans.

Also on the BBC programme, Cllr John said the developer’s plans were rejected because they did not meet the council’s policy for 35 per cent of homes to be “affordable housing”, and said a development of 50-60 flats would be acceptable.

The spokesperson for Meadow added: “If Southwark Council want to fund the Football Club, that is their choice, but if they really want to help, they could would restore the club’s lease on the [Greendale] astroturf pitch.”