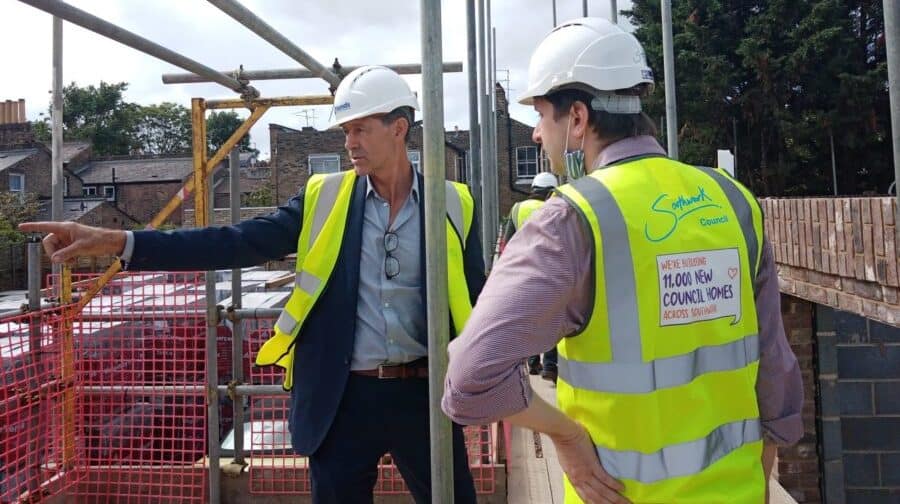 Southwark Council says it is halfway to its target of building at least 2,500 new council homes by 2022 as it now ‘builds quicker than we lose through right to buy’.

According to the latest figures, shared at a housing delivery scrutiny meeting on December 1, so far 1,251 homes are complete or with contractors on site – including Aylesbury’s ‘package A’ homes newly acquired for social housing. This leaves 1,249, minimum, left to build to meet the target.

Papers prepared in advance of the meeting, by new homes cabinet member, Cllr Leo Pollak, said: “The council is currently forecasting to deliver in excess of the 2,500 homes and there is a high confidence of meeting this target.

“As with any programme there will be delays to some projects but with the capacity within the programme, it is still likely that the 2,500 homes target will be met.”

Over the Zoom call he told colleagues on the commission that construction workers had been ‘nothing short of heroic keeping the show on the road’ during the pandemic, but despite their best efforts at least eight sites were delayed or frustrated. There was only one scheme where the contractor had to down tools completely due to COVID-19.

Cllr Pollak says between 2900 to 3,200 will be delivered or have contractors on site by May 2022. His confirmed pipeline now lists over 4,500 planned new homes, but he says a less certain ‘emerging pipeline’ that he still ‘has confidence in’, lists around 6,000 opportunities in progress.

“I can already see us being half the way there in this generational effort,” Pollak said, referencing the council’s ambition of building 11,000 homes by 2043.

Several are controversial – with the council now applying to build where possible on disused roads or streets phased out in regeneration projects, on top of its existing plans to ‘infill’ in estates; such as the work proposed in Nunhead’s Priory Court and Bermondsey’s Elim Estate.

Cllr Pollak also says council house retention is at a record high.  In 2014 there were 301 right to buy completions, a number that has dropped to just 55 so far in 2020 – a long-term trend.

He attributes this partly to the property market in the borough where prices, even with a discount, are now beyond the reach of many tenants, and partly due to better communication around the costs associated with becoming leaseholders with regards to major works.

The decline in right to buy figures means that the council is now not only building homes more quickly than it is losing them through right to buy, it also – for the first time in 35 years – has seen its overall number of tenancies increase.

New build Schemes currently under construction in Southwark include:

Does not come anywhere near all the council houses they have demolished due to social cleansing .

Southwark NewsNewsSouthwark Council is ‘half way there’ on 2,500 new homes by 2022 target