Southwark Council leader: ‘Are we getting things right?’ 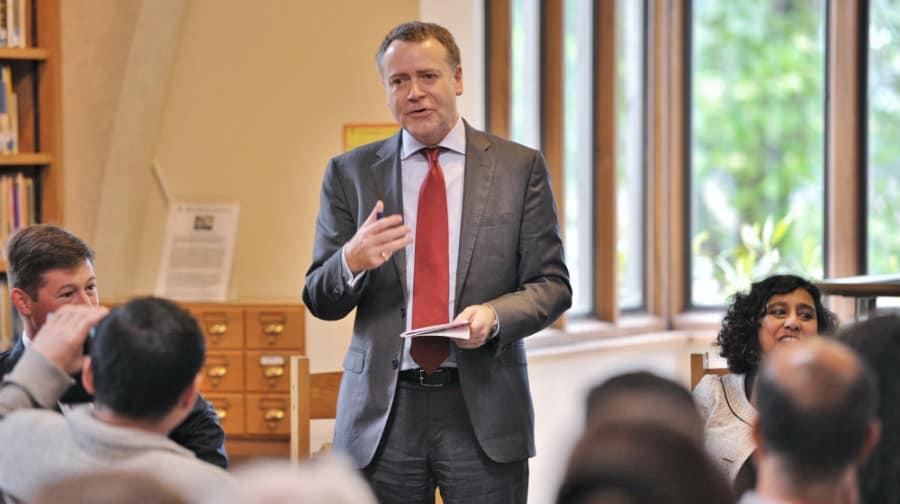 The council has launched a campaign to hear exactly what residents  think of it, and their views about the future of the borough.

From today, Thursday, residents can respond to questions online about the future of the borough and give their opinion on what has been done well and what could be done better as part of the ‘Southwark Conversation’.

“The first was Donald Trump being elected in November,” he said. “It was such an unexpected result and almost as if the electorate in the US were saying they didn’t accept the status quo.

“It’s the sense of disillusionment in politics and I think that was evident in Brexit too.

“The second was the Grenfell Tower fire and seeing how out of touch Kensington and Chelsea council were in the immediate aftermath.

“It was a question of ‘is politics really that detached from the public on these big issues?’

“I don’t think we have that dysfunctional relationship between the council and residents in Southwark, but it’s about making sure nobody thinks they are being taken for granted.”

The council leader said officers would be “anywhere and everywhere” and that he wanted people to get involved who wouldn’t normally. Details of locations and times of where officers will go are to be published in the near future.

“We’ve gone through a period of real change as a borough in the last decade and that doesn’t look like it’s going to slow down any time soon. It’s really important we understand people’s opinions, fears, ambitions and aspirations,” he said.

“There are still some massive inequalities in Southwark in terms of health groups, education, and job opportunities and we want people to feel they can go to any part of the borough and that they have a stake.

“Are we getting things right? What is people’s lived experience and what do they want to see Southwark look like in the future? Are people getting the right kind of jobs?

“People think not enough housing being built is affordable, so we want to know what we can do in Southwark to tackle that issue.”

When asked by the News whether the timing of the initiative linked to next year’s council elections, Cllr John said it had “always been planned”.

“It is a fact that the council elections are next year but we’ve been talking about the issue of social regeneration for all of this year and I think it’s how do we make that conversation real and it’s something that has always been planned,” he said.

“I think whoever the administration is after next May will benefit from the fact that this conversation has taken place.”

This phase of the Southwark Conversation will run from today until Christmas. A cabinet report will be published in the New Year.

To submit your views, visit: https://consultations.southwark.gov.uk/

Southwark NewsNewsSouthwark Council leader: ‘Are we getting things right?’