They worry it will lead to more pollution and traffic problems in the borough. 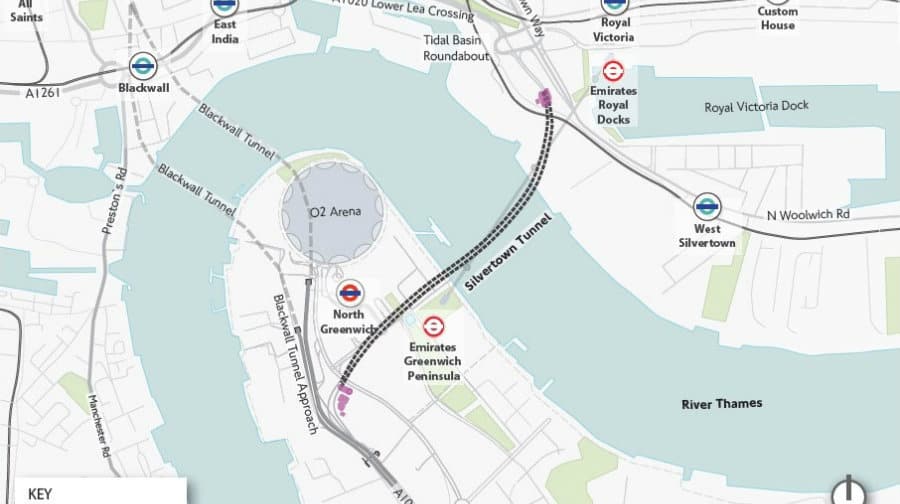 The plans for the tunnel.

Southwark Council has formally objected to plans to build a new tunnel from Greenwich to Newham, saying that it would add more traffic and pollution problems to the borough.

The proposals, which would see a new underwater road link the Greenwich peninsula with the Silvertown area, would also involve adding toll charges to the Blackwall Tunnel.

The council worry motorists would instead drive to the already-congested Rotherhithe Tunnel and Tower Bridge in order to cross the river without a charge.

Councillor Mark Williams, Southwark Council cabinet member for regeneration and new homes, said: “Plans to improve connectivity between East and South London tie in well with the regeneration of Canada Water and Rotherhithe, but unfortunately TfL has done little to address our repeated calls for a proposal that better considers our concerns about congestion in Rotherhithe and air quality.

“We formally object to TfL’s proposals as they currently stand but hope TfL takes on board our consultation response which stipulates the need to carry out more rigorous traffic impact assessments of the Rotherhithe Tunnel and Tower Bridge, to extend the ULEZ [ultra-low emissions zone] to the whole of Southwark, remove the Lower Road gyratory and investigate other measures to mitigate the impact of the Silvertown plans.”

Transport for London say that the tunnel would “improve journey times and make travel, deliveries and servicing more reliable” and also “create opportunities for new jobs in the local area, help local employers to access new markets and reduce the environmental impact of traffic congestion.”