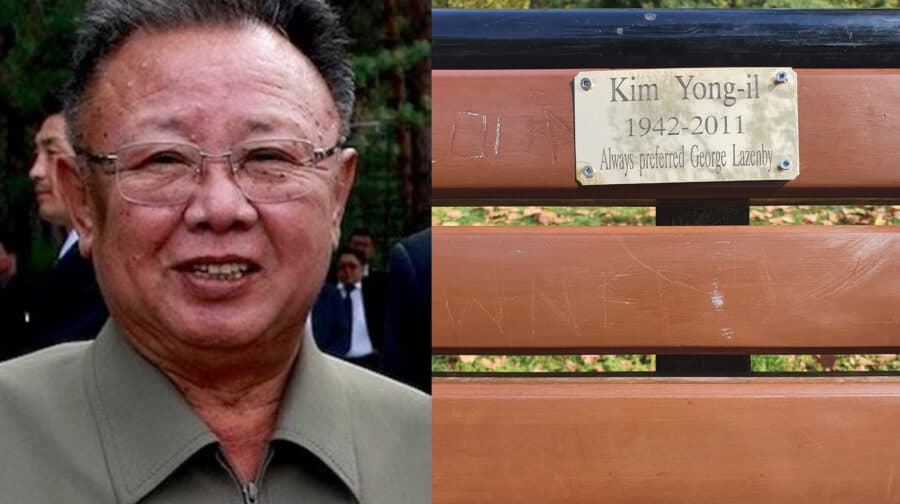 Southwark Council has removed memorial plaques to dictators such as Kim Jong-il and Colonel Gaddafi because they “fail to meet any of our requirements.”

Park-goers were none the wiser about the memorial plaques, with one suggesting to a News reporter that it might be a work of modern art such as a Banksy.

Each of the plaques had bizarre taglines. One of the memorials for Kim Jong-il read: “Always preferred George Lazenby.”

For Colonel Gaddafi, it read: “have i told you lately that i love you.”

A council representative said officials normally give advice about “appropriate wording” to those wanting to dedicate a memorial bench.

“Suggested inscriptions must be submitted to us for approval first, and benches and plaques must also meet certain standards,” said Cllr Catherine Rose, who holds the council’s parks beat.

“The plaques in question fail to meet any of our requirements, so we have removed them.”

Mystery still surrounds who installed the memorials to brutal dictators, and why. But this is not the first time a memorial bench has appeared to a despot.

In Wanstead, east London, a memorial appeared to Saddam Hussein in 2018. Nobody ever claimed responsibility for it, and it was removed by the local council.