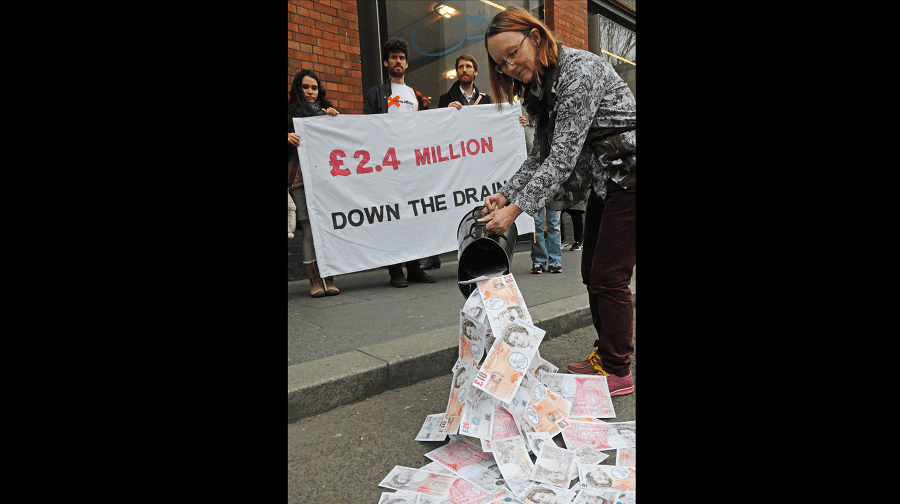 New data from campaigning group Platform revealed that Southwark Council’s pension fund has £7.8 million invested in fracking companies – 0.53 per cent of its pensions.

The News comes as the fracking industry drilled for gas in the UK for the first time in seven years.

In total, UK councils are responsible for investing £9 billion of their workers’ pensions into companies that frack.

“Neither local communities or our climate can afford for the fracking industry to win.

“Our councils are providing everyday support to the frackers, it’s time to stop. It’s time to divest from fossil fuels.”

Although Southwark is still investing in fracking, it is one of only two UK council pension funds to commit to divesting.

Southwark made the commitment to reduce its fossil fuel investments over time in December, 2016.

In January of this year agreed to transfer £150 million to a specific low carbon target equality fund, with a further £150 million moved to the fund in March 2018.

The same month it set a target of five per cent of the fund to be invested in sustainable infrastructure assets.

Cllr Victoria Mills, cabinet member for finance, performance and Brexit, said: “In December 2016 the council committed to reducing our fossil fuel investments, but we were clear this would be over time.

“Already this year we have transferred £300 million to a specific low carbon target equity fund and in March set a target of 5 percent of the fund to be invested in sustainable infrastructure assets, of which £30m was allocated to a fund that invests in renewable energy.

“We accept that we still have a way to go but we are working towards our goal of reducing investments in fossil fuels and, by association, fracking.”