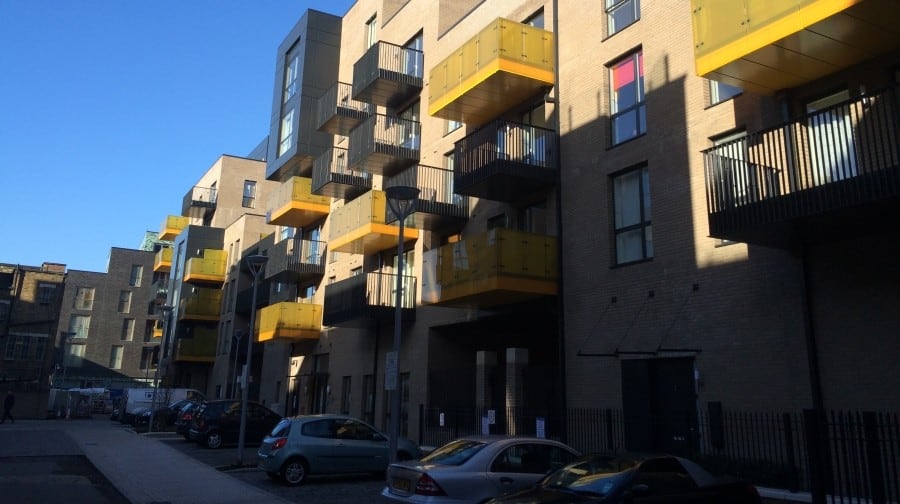 After campaigners sent a letter of complaint to the council about a lack of social rented homes in the borough , a senior planning official has confirmed Southwark is “currently taking legal advice in respect of a number of developments” where affordable housing provision was promised in the legal agreement between the council and developers.

“….but the units in question have since passed to the open market, in circumstances which the Council believes to be unlawful,” said the official.

Southwark’s cabinet member for regeneration and new homes, Cllr Mark Williams, said the council took these breaches “very seriously” but could not give any further details on the current cases for legal reasons.

Former Heygate residents Jerry Flynn and Adrian Glasspool have also complained to the council about the number of approved planning applications which promise social rented units but ultimately deliver ‘affordable’ homes in their place. As social rent is tied to typical local earnings it is often dramatically lower than ‘affordable’ rents, which are set at up to 80 percent of market rent levels.

In Southwark that could mean the difference between paying under £100 a week to the council  in rent or £200 a week for the same size ‘affordable’ home next door.

Last year the News reported how 44 social rented flats promised at the luxury Bermondsey Spa development were never delivered. ‘Affordable’ units are offered on that development at £184 per week for a two bedroom property. In October the Southwark Council confirmed they would not be taking any legal action in that case.

This news comes in the same week as Southwark was shown to have lost the highest amount of social rented units through recent regeneration schemes across all London boroughs.

According to London Assembly Member, Darren Johnson, figures taken from live planning applications recorded on the London Development Database show that Southwark has lost over two thousand social rented homes, largely because the Heygate and parts of the Aylesbury are counted within that total.

Darren Johnson has called for a halt to the demolition of council homes unless “absolutely necessary” as properties which are “genuinely affordable to Londoners” become scarce.

“With a few exceptions, estate regeneration has been a complete disaster in London and has made our housing crisis worse,” said Mr Johnson.

Southwark’s Cllr Williams says Mr Johnson’s figures do not take into account the new social rented (set at council rent levels) and affordable homes (set at up to 80 percent of market rents) which have been and will be built in the borough.

“Southwark Council has one of the best records in the country for delivering new affordable homes, with 2,646 delivered in the last five years with over half of these at social rents. We also have the biggest council home building programme in the country, with 11,000 new council homes planned by 2043 and the first 1,500 of these complete by the end of 2018. In Southwark we are carrying out some of the country’s largest estate regeneration programmes, which are replacing poorly designed homes that often have failing heating systems, with new modern homes including genuinely affordable social rent homes.

“This is the first year we have recorded any net loss which will be temporary. Once our key regeneration areas, like the Elephant and Castle, are completed we will see an overall increase in social housing in our borough, which will be further bolstered by our council home building programme.”