Bermondsey: Southwark Council U-turns on decision not to commemorate Armistice at memorial after fierce backlash 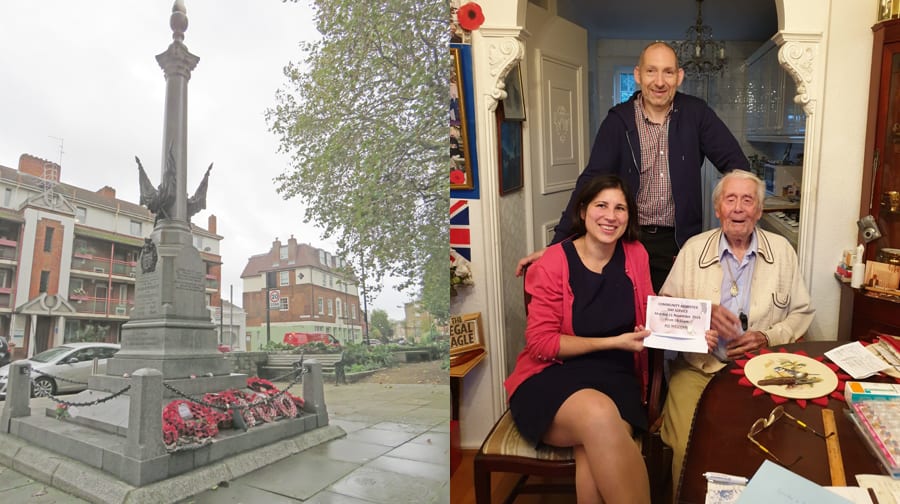 Southwark Council has said it will now commemorate Armistice Day at Bermondsey’s West Lane memorial, following an outcry from the local community.

The Town Hall had said the Mayor of Southwark would no longer host a commemoration on the 11th of the 11th at the memorial, as it was more than 100 years since the end of the First World War, but would instead have a service at its own offices on Tooley Street.

A community-led ceremony by Bermondsey residents has been organised in its place for 11am amid a backlash against the council’s decision – and now council bosses say they have “noted the strength of feeling” from SE16 residents and will commemorate the Armistice at the memorial after all.

A letter circulated by the Mayor of Southwark’s office about Armistice commemoration events had initially stated that the council was “following national government guidance that acts of commemoration for battles cease after the 100 year period.” “In line with other London boroughs, the Mayor will no longer be hosting an outdoor ceremony at West Lane, SE16,” it added.

Cllr Anood Al-Samerai, the leader of the opposition Liberal Democrats on the council and a representative for North Bermondsey ward, said the ‘U-turn’ was “a bit too little, too late.”

“I welcome the news that the council has had a U-turn, but the community has already organised the event,” she said.

“We welcome any Labour councillors who would like to attend.”

The Armistice outdoor ceremony was organised by Bermondsey resident Gary Magold, with help from the Cherry Garden TRA. “Where the council can’t, the community can. If anyone would like to lay a wreath at West Lane on 11th November please let us know,” he said.

Cllr Rebecca Lury, the Labour council’s deputy leader, said: “National government guidance recommends that after 100 years of the end of any conflict, commemoration will cease.

“However, having noted the strength of feeling in the local community, we have listened and taken the decision to commemorate Armistice Day on 11 November, at West Lane.

“We hope that everyone will join us, to remember all those who lost their lives, their family and their friends, in the First World War.”

The West Lane memorial was first unveiled in 1921, dedicated to the fighting men of Bermondsey and Rotherhithe who lost their lives during the Great War.

Subsequent inscriptions also pay tribute to the sacrifice of soldiers in WW2, as well as civilians who perished. The memorial on West Lane, Bermondsey

Bermondsey and Rotherhithe were among the capital’s worst affected areas during the Blitz in WW2.

Council officials had already organised a Remembrance Sunday event on November 10 at the War Memorial in Walworth Square, which it commissioned to mark the centenary of the Armistice last year.

Cllr Lury said that the council would continue to lay wreaths across the borough, including at West Lane and paid tribute to the borough’s “long, proud record of honouring our service men and women.”

Labour’s Bermondsey and Old Southwark MP, Neil Coyle, said he had asked for the council to ensure they were doing as much as they had done in previous years to commemorate our fallen men and women on the Armistice.

“They say this is happening,” he said. “I’m glad they recognise the strength of feeling in the local community.”

Southwark NewsNewsBermondsey: Southwark Council U-turns on decision not to commemorate Armistice at memorial after fierce backlash