'Our priority is making sure our children return to school safely at the right time, not rushing to meet a specific deadline' 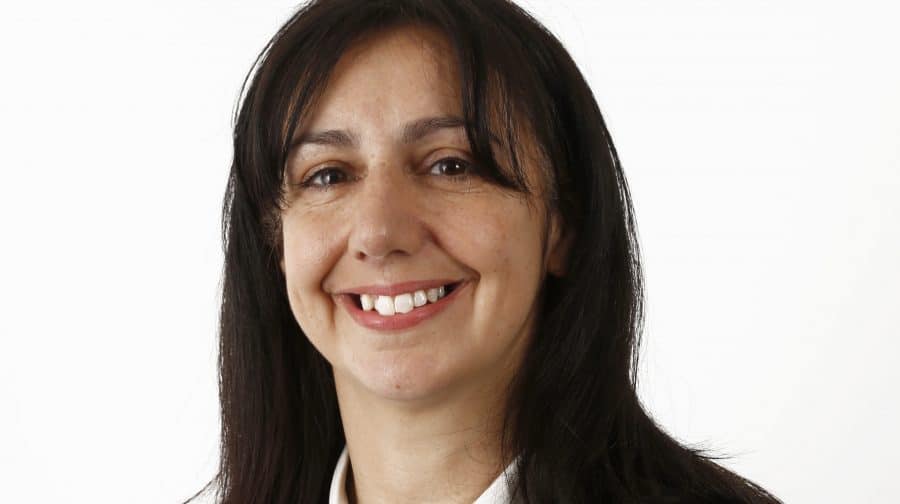 Southwark Council has written to the education secretary, Gavin Williamson, asking for evidence that returning to school on June 1 next week will be safe for children and staff.

In the letter, Cllr Ali – the cabinet member for children, schools and adult care, asks whether the June 1 date will stick even if infections climb as the lockdown is relaxed, and says government promises such as a thousand laptops for pupils without computers to use at home have never materialised.

She also highlights how vulnerable many in Southwark – including BAME families – are to the virus, and concerns over contact tracing.

Cllr Ali told the News: “We are working with our schools to carry out risk assessments to assess whether more children can safely return to schools in Southwark from June 1 in line with government guidance.

“Any decisions on reopening will be based on those risk assessments, which schools should develop with input from teaching staff.

“If any school’s risk assessment shows it cannot open safely then the council will support them to remain closed until such time as they can open safely.

“Our priority is making sure our children return to school safely at the right time, not rushing to meet a specific deadline.”

The government hopes children from reception, year one, and year six, will be able to get back in the classroom from next Monday.

These age groups are deemed particularly vulnerable to missing out on both their academic and social development by staying at home until the new school year.

Many schools are already open in some form or another but to a significantly reduced degree. By mid-May around 815 pupils were attending schools in Southwark. The majority (88 per cent) were in primaries, with 10 per cent in secondaries.  Most have keyworker parents. Others are believed to be particularly vulnerable.

As the News reported last week, teaching unions in Southwark have branded the government’s hopes to reopen schools in June as ‘reckless’ and say their members will refuse to work in unsafe conditions.

And several councils including Bury, Wirral, Hartlepool and Calverdale, all in areas of the north where COVID-19 infections remain high, told their schools to stay closed for now and criticised the government’s plans.

Cllr Ali’s letter strikes a significantly stronger tone than comments made by council leader Peter John last week while speaking to the News.

He had said the issue was “not in local councils’ hands. It’s for the schools to make that decision or the government.”

And he added: “Parents will also make a decision on whether to take their kids back and we will support them in whatever decision they make.”

In her letter, Ali, says the council is treating the government’s announcements with ‘some caution’.

“You refer us to the gap in attainment for disadvantaged pupils.  Of course, this widening gulf is a major concern, and this is something we have been drawing to the attention of national government for many years.

“While there can be no doubt that a return to proper schooling would help less advantaged pupils, it is also clear that poorer families are more vulnerable to infection with the coronavirus and more vulnerable to serious complications, so sending large numbers of children back to school must surely only take place if schools really are safe environments and if the public health advice is clear that is will not will not unnecessarily put children, teaching staff and our wider community at risk.”

Her view is echoed by education unions across the borough who have raised concerns about PPE and the safety of BAME staff and parents.

Southwark’s UNISON’s branch branded the June 1 date ‘reckless move by the government’, telling the News in a statement: “Reopening schools and nurseries will place the black community, and the children of key workers at great risk by allowing the virus to re-enter circulation.

“Everyone is worried about a second spike.”

And a survey by NASUWT, the teachers’ union found that only five per cent of 29,000 teachers think it is safe to reopen in June.

I am writing to ask you for your reassurance that it will be safe to start your phased return to school from 1 June.

Schools and parents are understandably concerned about the safety of pupils returning to school. COVID-19 has had a devastating impact on our communities and while I welcome the news that the number of daily deaths is now falling, it is concerning that the infection rate appears to be climbing after the loosening of lockdown restrictions last week.

As Southwark’s lead member for children, schools and adult care I have witnessed the distressing way that the rate of Covid-19 infection increased in care homes.

I must seek assurances from you that the phased return in June is in line with public health guidance, without the risk of harming the health of pupils, their families and school staff.

I understand that on May 28 the government is to review the latest scientific advice on the safety of schools reopening, but if a decision is not made until that date it will give schools no time to prepare for potentially reopening on 1 June.

And, if at that time the rate of infection has increased, will the government still go ahead with the current timetable for reopening schools?

Southwark Council is committed to giving every young person in our borough the best start in life and I am of course deeply concerned about the impact the current pandemic has had on the wellbeing of children in our borough, particularly the most disadvantaged.

But how can we accept your assurance that your proposed phased return on June 1 will benefit pupils from disadvantaged backgrounds?

After all, while I welcomed the news that you would be sending over 1000 home computers for use by pupils that need them, they have still not materialised.  You will forgive us, therefore, if we treat your announcements with some caution.

You refer us to the gap in attainment for disadvantaged pupils. Of course, this widening gulf is a major concern, and this is something we have been drawing to the attention of national government for many years.

While there can be no doubt that a return to proper schooling would help less advantaged pupils, it is also clear that poorer families are more vulnerable to infection with the coronavirus and more vulnerable to serious complications, so sending large numbers of children back to school must surely only take place if schools really are safe environments and if the public health advice is clear that is will not will not unnecessarily put children, teaching staff and our wider community at risk.

The majority of Southwark’s schools, colleges and early years settings have remained open throughout this period to support the children of key workers and children with a social worker.

Rather than a phased return based on form groups, I ask that you consider a more carefully targeted return for those families on the edge of care and/or from families who have found home-schooling challenging because of additional pressures including work, housing, financial and domestic issues.

Given that Southwark is a diverse borough I am deeply concerned that evidence shows how people from BAME backgrounds are at least twice as likely to die as a result of COVID-19 infection.

Is this something that you have factored in to your schools plan, and if so, how? It is often said that schools are the fourth emergency service and Southwark schools have proved this 100 percent correct in recent weeks.

We are working with our schools on their risk assessments so that they can be confident that they are safe for staff and children and I am surveying parents to obtain their views.

Our schools will have to find new ways of working to facilitate social distancing, which will have an impact on all students, not least those with special education needs.

What provision will your department make to mitigate extra costs that schools will incur as a consequence?

The education trade unions are also seeking reassurances and I share their concerns.

It is especially troubling that the health secretary’s sudden announcement of testing for all over five years of age who show symptoms appears not to be backed with any explanation of how this massive increase is to be delivered, and that after all these months no meaningful programme of contact tracing is in place.

I ask for your reassurance that schools will not be asked to open to full year groups until clear and robust arrangements are in place for comprehensive testing in any schools where there is a suspect case of Covid19, including clear systems to notify councils’ public health teams of suspected cases so we can support schools.

I appreciate the pressure that you must be under. However, my experience of adult social care, namely the lack of collaboration on care homes (see attached my unanswered letter sent to your counterpart in Health) has been deeply troubling.

I ask you now to make sure that our children, teachers and school staff are kept safe.

I ask that you answer my questions and work collaboratively with Southwark, other local authorities, schools, parents and trade unions on a workable plan for the opening of schools, when the science says it is safe to do so.

I look forward to your response and urgent action.