Campaigners raised £7,475 for a lawyer to challenge the council's plans 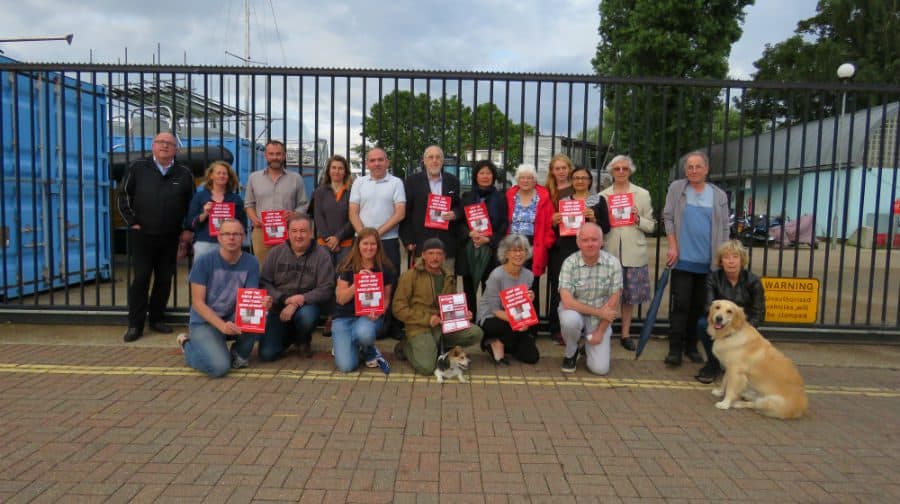 Southwark Council will “revise plans for new homes” in Rotherhithe’s South Dock Marina, after there was opposition from residents to plans for tower blocks reaching twenty storeys in height.

Original plans for the marina involved a 213 flat development in multiple tower blocks, which residents feared would put the boatyard out of business and ruin the appeal of the area.

The Save South Dock Boatyard campaign raised £7,475 for a lawyer to challenge the plans if they went ahead, but the council have now said they will look at them again, with revised plans being presented to the public in September.

Councillor Mark Williams, Southwark Council’s Cabinet Member for Regeneration and New Homes, said: “In Southwark we are tackling the housing crisis head-on by building more homes of all kinds for our residents.

“At South Dock Marina we want to build new homes and a new, modern, boatyard which will secure local jobs for decades to come. By investing in the boatyard we can ensure it is able to thrive and go from strength to strength.

“We do recognise that there are genuine concerns regarding the original housing proposals, so we have asked the architects to do further work over the summer, and we hope this will balance the need for new homes and a new boatyard, and the views of local residents.

“We will be writing to all local residents and will invite them to view the revised proposals in the autumn.”

Southwark Council has maintained that the work they would carry out on the boatyard would “enhance” it by giving it “new facilities” including “five undercover workshops and eighteen business units”.

Gary Williams, an organiser of the campaign, said: “If Southwark are proposing another consultation, then it needs to be just that.  At previous events they have clearly not listened, even responding to concerns about the proposed height of towers by subsequently making the towers higher, for example.

“For them to continue with an empty sham of consultation would be pointless and a waste of everyone’s time. We would however welcome proper engagement which sees the Council take on board the concerns of local people.”

Southwark Council will publish the feedback paper from the original consultation on July 18, with a new consultation taking place on the revised proposals in September.

Surrey Docks Liberal Democrat councillor, Dan Whitehead, said: “The Labour council’s plans for South Dock have shocked the community and it was a big issue locally during the Surrey Docks by-election.

“It’s very welcome news that the Council is now taking a step back after pressure from residents and Liberal Democrat councillors, and will ask for residents’ views again. Hopefully it will be a case of third time lucky on this consultation.

“The Council needs to understand that it can’t just keep bulldozing through its plans and build twenty-storey developments in areas like this in a desperate attempt to catch up on its housing promises. Liberal Democrats will continue to fight residents’ corner and make the Council listen.”