Camberwell Green’s Tom Flynn flew to Miami, Florida to lend a helping hand to the Democrat campaign against the Republican efforts in one of the most controversial US elections ever 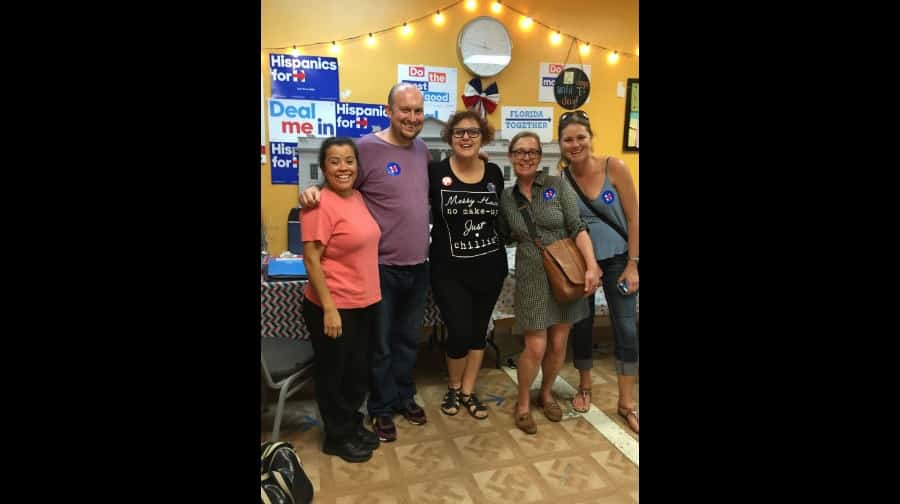 A Camberwell councillor joined around one hundred other Labour Party members in the USA this week to try to help Hilary Clinton’s campaign against Donald Trump in the race to the White House.

Camberwell Green’s Tom Flynn flew to Miami, Florida to lend a helping hand to the Democrat campaign against the Republican efforts in one of the most controversial US elections ever.

Trump stormed to victory on Wednesday morning, winning the most important swing States along the way.

Cllr Flynn said before the result was announced: “The people I have spoken to think it’s going to be a good result tonight. If we [the Democrats] won Florida it would be amazing for Hilary.

“It would be a more convincing win as it’s the biggest swing state and most marginal. We’re trying to make sure people get out and vote. Early voting started two weeks ago and four million people have already decided as people try to avoid the queues.

“The Democrats are quietly confident and hope to do better than people expect.

“I’m staying around for a few more days to check out Miami. People are quite pleased to see a British person knock on their door as it means the world are watching.

“Personally I think Trump is dangerous and very divisive. He’s like Farage plus. More extreme than Nigel Farage with no basis in fact. It’s quite terrifying.

“Having run Labour’s digital campaign during the referendum and having believed that we won I am more cautious. I have seen what happens.

“There a lot of Lewisham councillors in North Carolina but I didn’t want to come here and go campaigning with my mates so I came alone.

“It’s different here because they vote for a person not a party. There’s a lot more personality in it. It does mean that if Trump loses he goes but a party leader can usually take longer.”

Cllr Flynn was not the only Southwark councillor who took part in the election, as Cllr Richard Livingstone also was in Arizona.