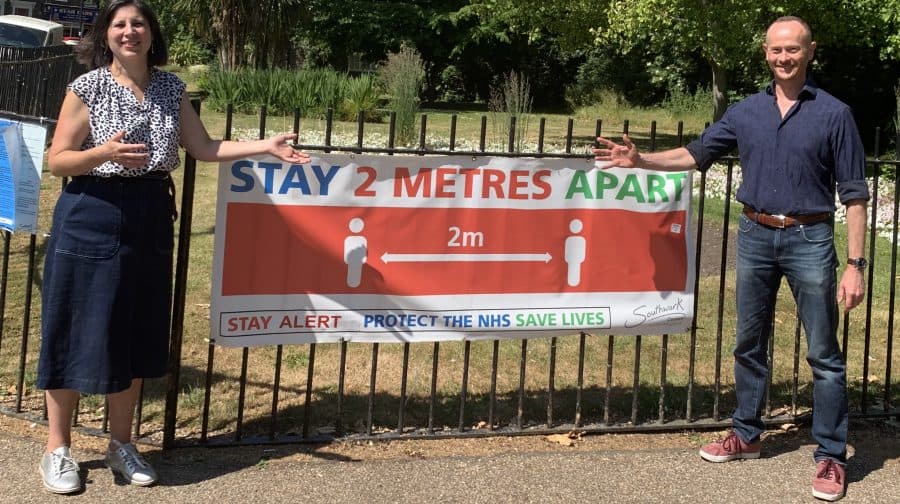 The leader of the opposition Liberal Democrats on the council has stood down after ten years in the role.

Cllr Anood Al-Samerai has been taken over in the top position in the group by Cllr Nick Johnson, a Surrey Docks ward councillor.

Cllr Al-Samerai said she was proud of the past decade heading up the opposition to the Labour-run council, saying it had been a “privilege” to lead.

“At the last elections in 2018, we increased our number of Liberal Democrat councillors in Southwark and every one of us is dedicated to making the borough a better place for all our residents,” she said.

“I am proud of our record – whether it was reversing youth services cuts or getting empty homes back into use.

“From saving day centres and nurseries to stopping wasteful council spending, our group has always put the voices of residents first and I know that the team, led by Nick, will continue to do so.”

Cllr Johnson, who also runs the Trinity25 gin brand, said he was delighted to be taking on the position – pledging to take the fight to the Labour administration. “The next few years will see us working hard at the Council for the health and financial well-being of residents as we recover from the impacts of Covid-19,” he said.

“The Council must help people and local business in their communities first and foremost – not Town Hall chiefs.

“We will fight to ensure it is the voices of real people heard at the council in the recovery and continue to fight Labour wasting your money on vanity projects and covering up their failure on promises.

“Our priorities continue to be better and more affordable housing, eliminating crime and taking action on climate change and above all to build a better borough for our children and children’s children.“

He added that he wanted to increase the number of council seats the party has in the next local elections in 2022, and to “never let another Tory seat back into Southwark.”

The news comes after the leader of the Labour group, Cllr Peter John, pledged he would stand down after a decade in control of the council in Tooley Street.

However, the resignation was put on ice over the coronavirus outbreak.

Cllr John told the News at the time: “I think it would have been irresponsible for me to leave during this unprecedented crisis and I hope it gives some reassurance to residents.”

At the time of writing, the Liberal Democrats have only 14 councillors, meaning the council is Labour-controlled.