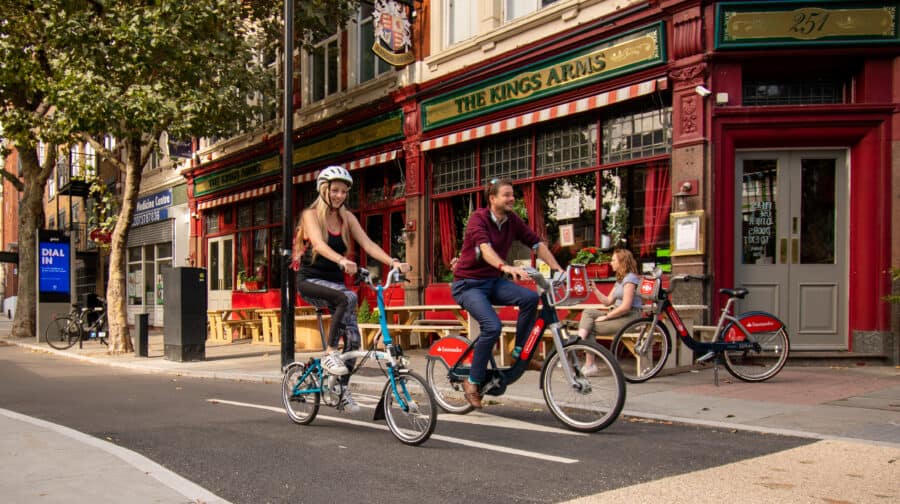 Southwark Cyclists have praised the council’s low emission neighbourhoods for encouraging people to get on their bikes.

The fraught issue has been particularly contentious in recent months, with some motorists claiming the roadblocks actually increase congestion.

But the coordinator of Southwark Cyclists, a campaigning group, has praised the schemes saying they need time to bed in.

“A lot of it comes down to having safe routes for people,” said Jakub Mamczak, the coordinator of the group.

“If the traffic goes too high, then people don’t feel safe. Navigation apps have pushed a lot of traffic onto side roads, in London it’s just shot up.”

Mr Mamczak said the combination of preventing cars from using side roads which were less used before sat-navs, and installing segregated cycle routes on main roads was the best way to encourage cycling. 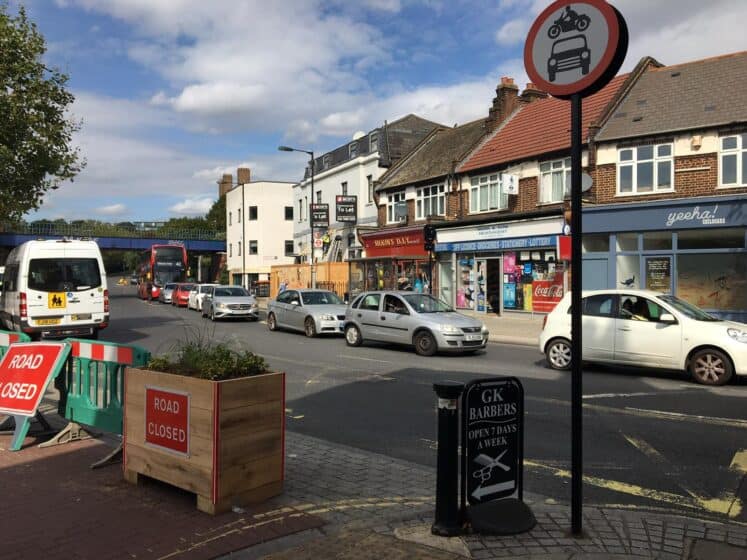 Congestion outside the ‘low emission’ zone

He also pointed to a collapse in passenger numbers on public transport as a reason to back the scheme, as people need to seek alternatives to using the tube or bus.

“Earlier in lockdown, we saw a shortage of bikes in bike shops,” he said. “There’s definitely been an increase in the number of cyclists.”

Some have also levelled criticism at LTNs for blocking emergency vehicles. “I don’t think it’s necessarily the low-traffic neighbourhood,” he said. “It seems an issue with communication [of changes] or GPS updates.

“And if you look at Waltham Forest, response times did not rise at all.”

Another criticism some have levied is that roadblocks push traffic off side roads onto main roads, making them busier and more polluted.

“These schemes have always got to take a bit of time to bed in,” he said. “GPS updates take some time, as well, but what we have seen where this has happened before is that things settle down eventually.

“It comes back to that idea of making driving less convenient and cycling more convenient.”

Lobby groups like Southwark Cyclists don’t think cars should not be used, he told the News, but want cycling to be a convenient and attractive option for relatively short journeys. He added that if a LEN was not working as intended, it can be adapted. “Adjustments can be made, if something isn’t working, it can be changed,” he said.

These road closures always appear on the well-to-do streets with the fancy houses – where’s the justice in that?