Southwark has most properties ‘at risk’ of flooding says study

Over 70,000 homes in the borough are at danger according to insurance firm 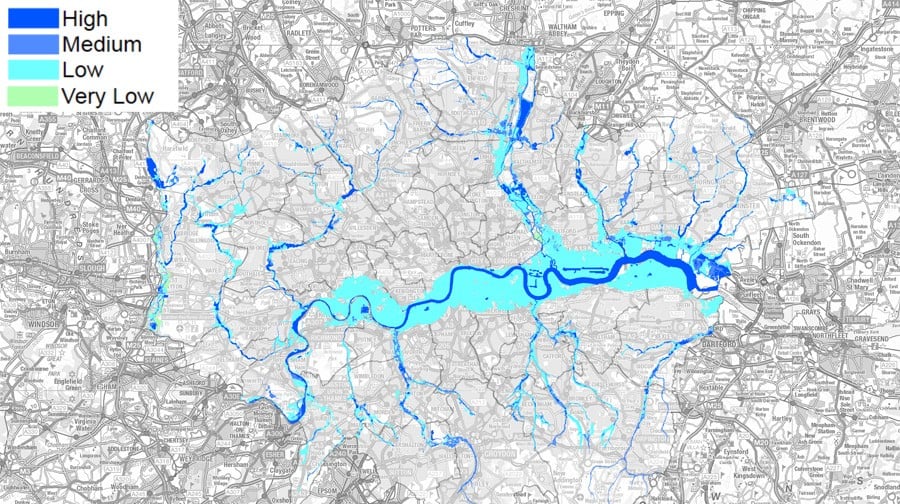 A map showing ‘at risk’ areas

Southwark has more properties in danger of flooding than any other borough in London, a study has revealed.

There are 73,599 homes which have been flagged up as ‘at risk’, according to insurance company Groundsure.

This accounts for 46% of all homes in Southwark, the third highest percentage in the capital.

Dan Montagnani, managing director at Groundsure, said: “We all remember the human stories from flooding that everybody wants to avoid. Insurance is essential but it can’t replace those precious photos or months of disruption while your home dries out.

“It is essential that you consider the history of flooding in the area you are thinking of buying a home – not just from rivers but also how the land and sewer systems have coped with sudden deluges.”

Groundsure describes homes as ‘at risk’ if there is a 1-in-a-1000 chance of flooding in any given year.

Southwark has suffered from flooding events in 1984, 2004 and 2007, with the Herne Hill and Dulwich areas particularly affected.

Southwark NewsNewsSouthwark has most properties ‘at risk’ of flooding says study