The big prize on the night was the Volunteer of the Year, which was given to Joe Dobson 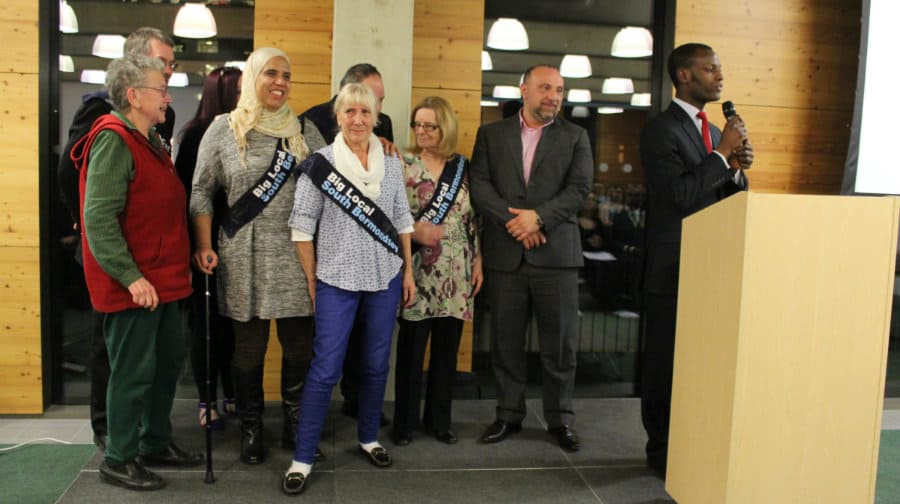 The borough’s most active volunteers and most inspirational organisations were honoured last week at the annual Southwark Stars awards night.

The event, held at the Coin Street Neighbourhood Centre, took place on March 17 and recognised people in seven different categories.

The big prize on the night was the Volunteer of the Year, which was given to Joe Dobson, who also won the Keib Thomas Active Citizen of the Year award.

Joe founded a community football team in 2002 when a handful of kids in a Peckham park told him they had no team to play for. Over a decade later, the team is now a charity called United Allstars that supports 300 young footballers a week.

He said: “It was a surprise and a privilege to receive the two awards. All I’ve done really is get other local people involved back in 2002 and then it’s snowballed from there.

“These awards are recognising the work of the dozens of volunteers we have that give hundreds of children the opportunity to do something positive every week.”

The Community Group of the Year award was handed to Big Local South Bermondsey, a group that helps get older people back into the community.

Councillor Michael Situ, who was on hand to announce the winner, said: “In my work as a councillor I am privileged to work with many community based groups. Big Local South Bermondsey is a project that supports a number of volunteer run community groups in the borough.”

The Southwark Council cabinet member for communities and safety added: “Their nomination highlighted the work that these volunteers have done to change their area for the better.”

Special commendations were also given to William Cole of Siblings Together and Rayhan Ahmed of Southwark Mediation Centre (Young Volunteer of the Year category) and Linda Burgess of Alvey TRA (Keib Thomas Active Citizen of the Year).