Southwark inspector: ‘We don’t want to fine for social distancing breaches unless we have to’ 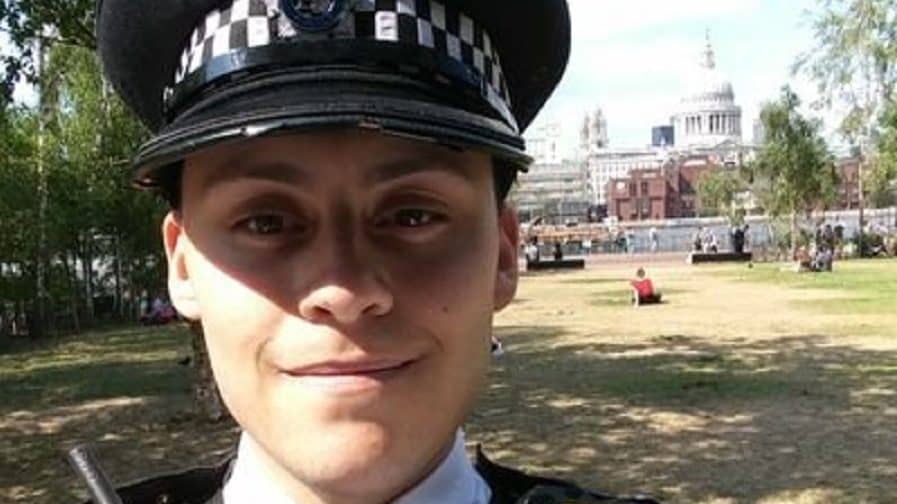 Southwark police have not yet needed to issue fines for social distancing breaches, a senior cop said last week – despite receiving numerous calls about coronavirus from the public.

Officers say they have received a “high number” of calls about alleged breaches of the two metres social distancing instruction.

Among them are arresting three youths on the Dickens Estate in Bermondsey for  possession of an offensive weapon after it was reported that they were “breaching the Boris Johnson rule.”

A possible house party on Barry Road, East Dulwich was also closed down by cops.

But Inspector Owen Pyle (pictured)  told this paper that bobbies had not yet needed to issue the new £60 fines to ensure the rules were followed.

Speaking to the News at the end of last week, he said: “In Southwark we’ve not actually needed to issue any fines as yet.

“We don’t want to enforce it unless we really have to. In the most part, it has been a simple case of ‘go home’ and so far everyone has engaged with it.

“I think most people understand the severity of the situation, and that helps.

“It will depend on the length of the lockdown. The longer it goes on for the more people will get fed up of sitting indoors so then we will need to look at more enforcement.”

One side effect of the deserted streets is that crime could now drop, said Inspector Pyle.

“There’s very few people on the streets, I would anticipate street crime to drop,” he said. There’s more people sitting at home to report it. But those are just my thoughts.”

He added that with fewer people around, it made it easier to spot those who should not be out. “In fact, it’s made it a bit easier for us to spot those loitering around,” he said.

“They’re going to be spoken to, because they stand out even more than normal.”

Asked by the News about cops needing to get up close and personal with suspects to arrest them, Inspector Pyle said it was a matter of bobbies following their common sense.

“Police have access to personal protective equipment if they need, but it’s a matter of using their common sense and not getting close unless they have to.”

He added that in many respects police were operating “business as usual” with contingency plans in place should the level of staffing drop dramatically.

Inspector Pyle said these had not yet needed to be implemented.

I live on St James’s Road, Bermondsey. People and cars are travelling up and down the road as normal. Why is this Road not being monitored for people not staying indoors? Anyone would think by seeing them that they are taking a Sunday stroll. We have joggers, shoppers, cyclists and dog walkers but the rest don’t even live here. I have been shut in my home for three weeks as I’m shielding myself due to health issues and feel it’s unfair that they are not following the government guidelines. What’s the use of having the daily updates when no one is following the advice.

Southwark NewsNewsSouthwark inspector: ‘We don’t want to fine for social distancing breaches unless we have to’