'The new proposals are a complete overhaul of the housing waiting list rules and are very difficult to understand, especially with the very limited information the council has provided' 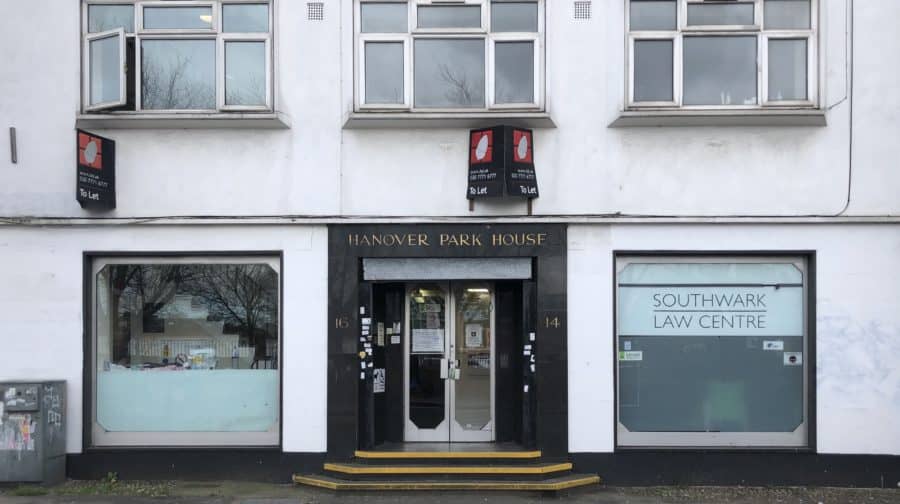 Housing campaigners, tenants associations and Southwark Law Centre are all calling for Southwark Council to ‘pause, amend and extend’ a consultation into the proposed, huge changes to its social housing allocation policy and priority banding.

Although some of the draft plans, including greater priority for people who have experienced domestic abuse and Armed Forces personnel, have been welcomed other changes have sparked concern, including a greater emphasis on finding housing in the private rented sector.

Southwark Law Centre, Housing Action Southwark and Lambeth (HASL), and Southwark Group of Tenants Organisation (SGTO) all say residents, including those most affected by the changes, need more time to fully understand what is being proposed and to share their views.

They say running the consultation online during the pandemic means changes could be ‘rushed’ through.

A HASL spokesperson described the documents as ‘very difficult to understand’, and ‘unclear’.

“These are significant changes that should not be rushed through during a global pandemic and lockdown,” she said.

“Those most affected by these changes, such as homeless households and families in overcrowded housing, have also been most impacted by the COVID crisis.

“So many families are struggling with day to day survival that engaging with the new waiting list rules is a task they simply cannot manage at the moment.

“Social distancing restrictions also mean that these households cannot access face to face support to respond to the consultation.

“As well as the timing of the consultation, the new proposals are a complete overhaul of the housing waiting list rules and are very difficult to understand, especially with the very limited information the council has provided.

“The online survey does not list some of the major changes and the framing of some of the questions in the survey is misleading and unclear.

“We’ve been working with Southwark Law Centre and Southwark Group of Tenants Organisations attempting to understand the new policy and we’re still struggling.

“The proposed changes could force families into smaller homes than they need, causing overcrowding, force homeless families into the insecure private rented sector, and create longer waiting times for those with urgent medical needs.

“The increased priority for survivors of domestic violence is one ray of light.

“One of these changes would see a major transformation to the homelessness process with homeless families encouraged to give up their homeless duty and move into private housing with the incentive of being placed into band two.

“This is basically facilitating queue jumping by those who are able to access private rented housing and could make it almost impossible for those in temporary accommodation to bid on social housing and will create much longer waiting times in band two for those with severe medical needs.

“The significant consequences of this policy are not explained on the survey.

“We have recently had some productive discussions with the council about the consultation process and they have agreed to make some amendments which is very helpful but we feel strongly that the council needs to pause the current consultation in order to make it as fair and accessible as possible.

“The new policy will affect Southwark residents’ access to social housing for years to come. It is vital that it is done correctly.”

HASL, which provides support for people navigating the housing system including those who are in temporary accommodation or appealing council decisions, has produced a template email to help residents respond to the consultation.

SGTO chair Cris Claridge told the News that the organisation – an umbrella group for TRAs in the borough – was concerned people whose housing priority would be affected by the new policy may not even be aware the consultation is happening; and claimed many TRAs did not have any knowledge of the proposed changes.

“This is the first time that the policy will be reviewed since 2013,” Cris said. “These proposals will affect thousands of tenants on the housing waiting list.

“For some this may be positive, for others it will mean they are left in unsuitable housing.”

Being unable to hold meetings to discuss the changes with members is also another concern; especially given recent changes to the tenant and resident organisations in the borough.

“Local Area Housing Forums and Tenants and Homeowners Forums which are being set up to replace the customary tenant participation structures are not properly constituted,” Cris added.

“Crucially Advice Centres might not be offering face to face appointments later on in the year to help tenants understand why their entitlement to suitable council housing has changed.

“Southwark Council really should listen to the local law centres and campaigners requesting them to pause, extend and amend this consultation.

Southwark Law Centre echoed these views, telling the News it supported HASL and SGTO’s position and believed extending the consultation would give residents more time to learn about how the proposed changes could affect them and to respond fully.

For more information on the changes and to respond to the survey visit: www.consultations.southwark.gov.uk/housing-community-services-department-community-engagement-team/housing-allocation/

Visit www.housingactionsl.org to find out more about its response to the consultation, and support for residents who want to take part.